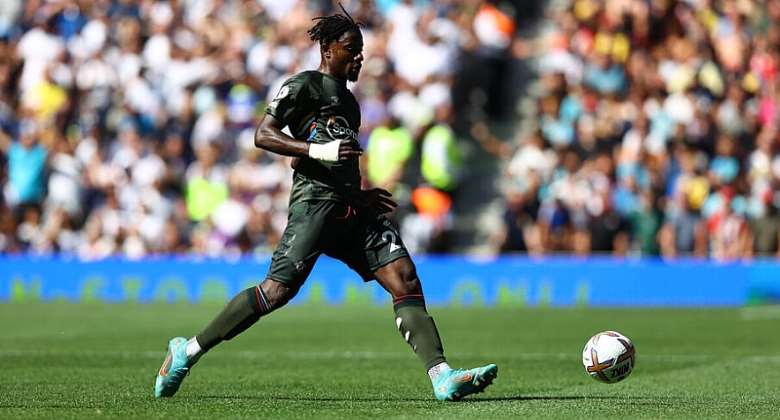 Southampton manager, Ralph Hasenhuttl has expressed his fraustrations with the performance of Mohammed Salisu after the Ghana defender scored a comical own goal against Tottenham in their Premier League opener.

Salisu mistimed his clearance in the 61st minute, and the ball ended up in the corner of the net as the Saints lost 4-1 at the Tottenham Hotspur Stadium on Saturday.

The victory was Spurs’ biggest-ever opening day win in the Premier League.

“This is individual quality,” Hasenhuttl told reporters afterwards as quoted by HampshireLive. “Like with the first goal where Kyle [Walker-Peters] is not there to stop the cross. In situations like this normally we cannot concede a goal here.

“It’s easy [for Salisu] to clear with the right foot here. This is simply not good enough at this level.”

Hasenhuttl added: “Not the reaction we wanted from the new team. It’s not about changing the shape, it’s about not conceding the third goal. The own goal in the second half was what killed the game.”

“It’s always tough to defend against such teams, last year we conceded two goals and scored three so we have to have a balance of how deep we are sitting. In the end, we have a lack of quality in every part of our game. In every team, they show you what you are missing.

“The first goals we conceded it was a good comeback from the opponent, it left them very strong and then in the second half we tried to change it a little bit to get a little bit more pressure up front but it wasn’t enough for us.”

Bawku Conflict : NMC cautions against "weaponization" of med...
30 minutes ago