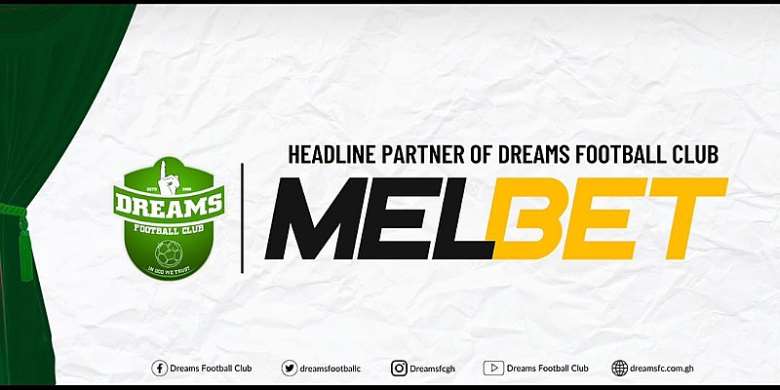 Dreams Football Club has announced that it has reached an agreement with a betting company to become the club’s official headline sponsor.

Through an official club statement posted on its Twitter page on Monday, August 8, the Ghana Premier League side has unveiled Melbet as the new sponsor.

“Dreams Football FC is delighted to announce an agreement with MELBET as the club's headline sponsor.

“Thank you,” a club statement from the Dawu-based club has said today.

Although no further details have been provided, checks have revealed that Dreams FC will be receiving good money from Melbet.

The sponsorship is expected to give the Ghana Premier League club a major boost in terms of support to run the club as preparations continue ahead of the start of the new 2022/23 football season.