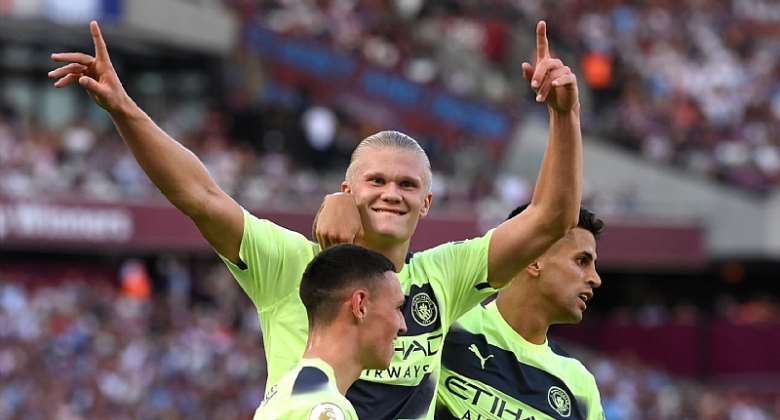 Erling Haaland scored twice on his Premier League debut for Manchester City in a routine 2-0 win away to West Ham United.

After a decent start from the Hammers, the reigning Premier League champions dominated and hardly put a foot wrong with their passing in the first half.

A key moment was goalkeeper Lukasz Fabianski, who had started the game well, being forced off with an injury around the half hour mark to be replaced by Alphonse Areola.

And it was Areola who conceded a penalty on 36 minutes after clumsily bringing down Haaland. The Norwegian picked himself up to dispatch the spot-kick coolly into the bottom corner to open his account for City.

David Moyes, whose starting XI had contained none of his summer signings, did bring on new Italian striker Gianluca Scamacca around the hour mark with his side looking to punish some uncharacteristically sloppy passing from the visitors.

And the Hammers did improve but Haaland killed the game off with a well-taken low finish after running onto Kevin De Bruyne's through-ball to make it a debut to remember.