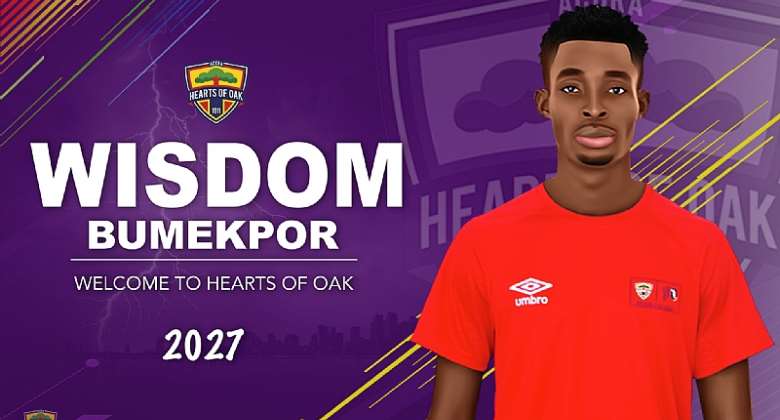 The club last month confirmed the release of as many as six players. Ahead of the 2022/23 football season, the club has decided to bring in new players to reinforce the squad of the team.

Following successful talks with representatives of midfielder Wisdom Bumekpor, the club has managed to secure the signature of the player on a five-year contract.

“Wisdom Bumekpor joins us as we continue to chart the path of history together,” a club statement from Hearts of Oak said on Saturday.

Modernghana Sports can confirm that there will be a few more additions to the squad of the Phobians before the start of the 2022/23 football season.

You're a strong tree; you'll stand through every storm — Kof...
25 minutes ago

Claims linking Akufo-Addo to galamsey are slanderous, plain ...
49 minutes ago