Black Sharks get set to face Egypt in Alexandria 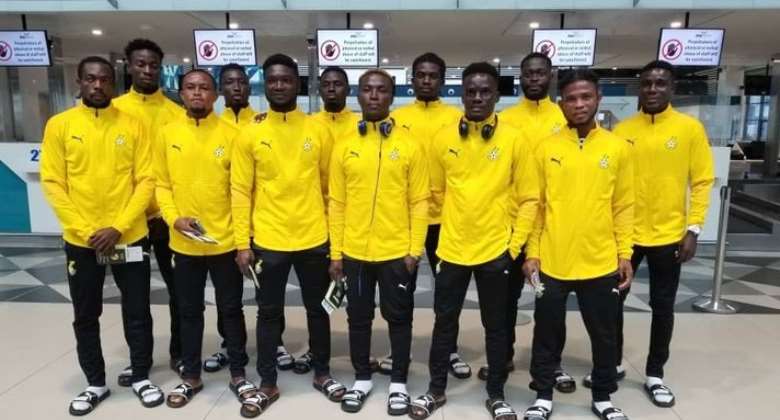 A contingent of 11 players and 7 officials of the Ghana Beach Soccer Team have arrived in the Egyptian city of Alexandria after a transit stop in Addis Ababa - Ethiopia.

The remaining players and officials will join the team on Friday ahead of the match on Sunday.

The long route from West to North Africa was necessitated by the nonavailability of a direct flight from the Ghanaian capital.

The Black Sharks lead by one goal after a grueling 6-5 victory at the Laboma Beach Resort in Accra a fortnight ago.

Coach Daniel Kotey remains confident of qualification even though the odds are heavily stacked against his team.

"We came here to win even though we are aware that no Beach Soccer team has ever beaten them in a qualifier in Egypt".

Ghana must avoid defeat to qualify for the Beach Soccer Afcon in Mozambique and look set for the biggest game on the comeback trail after five years in the international wilderness.

Egypt are ranked number 3 in Africa behind continental champions Senegal and World Cup debutants Mozambique whilst the Black Sharks are yet to break into the top 10.

OSP not enough to win the fight against corruption — Micheal...
3 hours ago

Corruption pervasive in Ghana because it has been embraced b...
4 hours ago