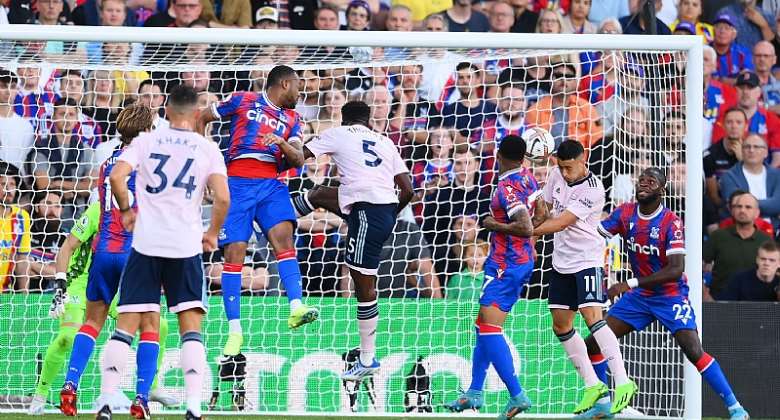 Ghana international, Thomas Partey was a force in the midfield of Arsenal on Friday night when the team enjoyed a winning start to the 2022/23 English Premier League season.

After weeks of pre-season, the new English Premier League season has finally started this weekend.

The first game of the campaign has been cleared today in a match between London rivals Crystal Palace and Arsenal.

Black Stars midfielder, Thomas Partey started for the visitors in an exciting fixture that has lifted the curtains on the much-anticipated season.

Despite being on the receiving end of boos from the home fans, the midfielder proved he was bigger and played his game to help his team.

After lasting 90 minutes, Thomas Partey helped Arsenal with his combative performance as the Gunners bagged the maximum three points.

For his displays against Palace, the Ghana midfielder finished with a good rating of 7.2

Arsenal’s win came thanks to a header from Gabriel Martinelli in the 20th minute that went into the Crystal Palace net plus an own goal from defender Marc Guehi in the 85th minute.

In the second half, Ghana target Eddie Nketiah was introduced to lead the attack for Arsenal as he replaced new signing Gabriel Jesus.

Meanwhile, Ghana duo Jordan Ayew and Jeffrey Schlupp both featured for Crystal Palace during the defeat.