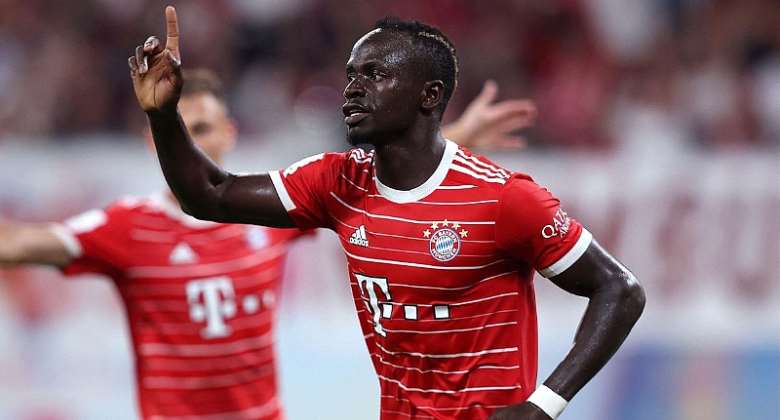 Sadio Mane scored 29 minutes into his Bundesliga debut as Bayern Munich kicked off the 2022-23 league campaign with a flourish, crushing Eintracht Frankfurt 6-1 at Deutsche Bank Park.

What looked a tricky opener on paper against the Europa League winners proved anything but as Julian Nagelsmann’s side ran riot in a scarcely believable first half in which they scored five goals.

Joshua Kimmich gave Bayern lift-off in the fifth-minute with an audacious low free-kick from 30 yards that caught out goalkeeper Kevin Trapp at his near post, and five minutes later, it was 2-0, Benjamin Pavard with a striker’s finish from a corner.

Mane got in on the act with a trademark header to finish Serge Gnabry’s cross – and he was central to Bayern’s fourth and fifth goal, too, as Thomas Muller left it on a plate for Jamal Musiala and then Gnabry to make it five before the sound of the half-time whistle.

Determined to start afresh in the second half after a triple substitution, Frankfurt were much improved, and the arrears were reduced in the 64th-minute – after a rare mistake from Manuel Neuer. The Bayern Munich goalkeeper was caught in possession as Kolo Muani stole in and slotted the ball into an empty net.

With the game already sewn up, Bayern lifted their foot from the pedal, taking the opportunity to introduce new signings Ryan Gravenberch and Matthijs De Ligt, but they finished on a high with Musiala scoring his brace and Leroy Sane grabbing the assist.