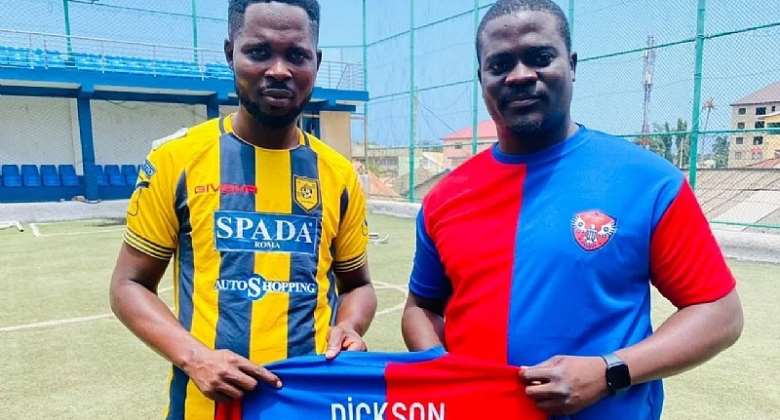 The President and Bankroller Mr Lawrence Hansen in an interview hinted Dickson Boadi joining the communications department of the Adabraka-based team is a perfect deal.

"Getting an experienced journalist like Dickson Boadi on board is a perfect plan implemented. I have known him for years now and I believe his appointment will have an enormous impact on the team," he stated.

Dickson Boadi also expressed his gratitude to the entire management of Adabraka Elders Football Club, most especially to Mr Hansen for the appointment and pledged to do more as far as the media and publicity are concerned.

"First of all, I thank the Almighty Allah for the opportunity to serve as a Communications team member for a big club like Adabraka Elders Football Club. I will ensure the teams gets the needed publicity in the media space among others. Let me also say a big thank you to the bankroller Mr Lawrence Hansen for believing in me," he stated.

Boadi furthermore dedicated the appointment to the Founder and CEO of the Award-Winning Company, Afro Arab Group of Companies Ambassador Alhaji Salamu Amadu.

"Let me also dedicate this appointment to my mentor, brother, adviser and boss who also happens to be the Founder and CEO of the Afro Arab Group Ambassador Alhaji Salamu Amadu for his unflappable support for me," he added.

The team will be competing in the Greater Accra division three league and Mr Boadi is expected to bring his experience onboard to push the image of the club to higher heights.

E-Levy: Gov’t determined to behave like a vampire to suck th...
46 minutes ago

Gov’t will hide behind IMF discussions to force more hardshi...
46 minutes ago