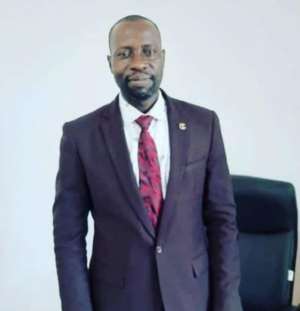 Delegates selected across the country for the upcoming Handball Association of Ghana National elections have declared their total confidence in the former GAHA Chairman, Paul Kofi Yesu Dadzie as the next president of HAG.

Under confidentiality, some delegates reiterated the need for the former GAHA Chairman to occupy the chairmanship position.

They stated that his immersed contributions to handball in the country come second to none, hence, deserves support.

"He has played vital roles in the development and promotion of the sport both during his hay days as a player. I am not surprised about his tremendous improvement in the game.

"Kofi, did very well with the regional association, he made sure the region was active and we all saw the impact at the end. Even regional clubs had the opportunity to travel out of the country for competitions, this will tell you he has the connections to push the game forward," one of the delegates said.

Another stated, "If you look at his profile under handball, he has achieved a lot and I can stand on authority and say that he has the ability to change the dying face of Ghana handball."

Another delegate also stated, "During his tenure as regional chairman, handball became visible in the region and across the country. The media were always talking about handball on their various channels, the stories traveled far and near. That was why he and the past executives were able to secure some sponsors, so what shows he can't do same at the National level. Let's vote for him, we know him, he is our won."

"We are confident in Paul Kofi Yesu Dadzie because we have worked with him across various fields of the sport. He is a very determined person, a team player and open leader during his tenure as chairman of the region, so we are solidly behind him," others also declared.

The HAG elections has been fixed for Saturday, 13th August, 2022 at the AMA office.