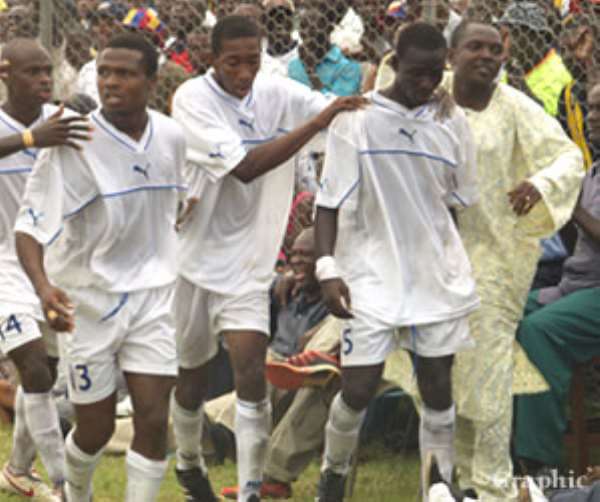 Tema Real Sportive notched a 1-0 victory over Power F/C in their local derby of the GT premier League match at the Tema Sports Stadium on Sunday. Sportive who were determined to win the game to appease their fans after their 0-2 loss to Kade Hotspurs last Wednesday, mounted pressure on their opponents and earned two quick corner kicks in the second and third minutes but wasted both.
Left winger Stephen Afful nearly put Sportive ahead in the 11th minute but found his shot missing the target narrowly. Sportive continued to pile pressure on their opponents and it came as no surprise when Mark Adu Amofa netted the only goal of the match for Sportive in the 27th minute. Power after the goal, brought on Tony Simons for Joseph Ababio but try as they did they could not find the net till the end of the first half.
On resumption of the second half, Sportive also strengthened their attack by bringing on Yakubu Shaibu for Issah Awel but the change failed to benefit them as they continued with the lead goal lead. Power launched a last minute onslaught but the defenders of Sportive pivoted around tall and lanky, Charles Valdis, Isaac Boakye and Sam Enzemaba held them at bay till the final whistle.