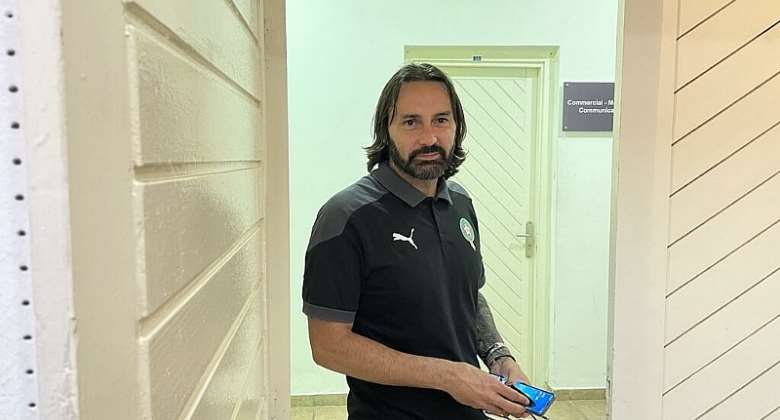 Morocco boss Reynald Pedros urged his players to reach the Cup of Nations final to enhance their legend after becoming the first team from the country to qualify for the World Cup.

The hosts of the 2022 women's Africa Cup of Nations take on defending champions Nigeria on Monday night at the Stade Prince Moulay Abdellah in Rabat. The winner will  play South Africa or Zambia in the final on 23 July.

"We must win and win," said Pedros. "We need competitors. We need to stop accepting second best. We need to learn to win and to have this ambition and desire.

"And we've got to take the mental step to say we're ready to be this way."

Morocco surged through the group stages with three victories. They outclassed Botswana in the quarter-final to reach the last four which secured passage to the 2023 World Cup in Australia and New Zealand.

Challenge
But in the wake of such unprecedented success, the Moroccans face a team from a nation whose squads have won 11 of the 13 women's continental tournaments.

"If we were to beat Nigeria it would only be an acheivement to say that we are capable of doing it," added Pedros.

"But the aim of the Moroccan football federation is for the team to be a consistent force like Nigeria at the top level in Africa in every major competition."

Pedros was drafted in by the Moroccan federation chief Fouzi Lekjaa in November 2020 to reconfigure the women's game after leading Lyon women's teams to success in the French championship and the Champions League.

"Today Morocco is in the semi-finals at the Cup of Nations," added the 50-year-old Frenchman.

Status
"So that means we're among the four best teams in Africa. But we must continue to work and put the effort into helping players.

"But to go to another level, you have to win."
Pedros's Nigeria counterpart, Randy Waldrum, admitted his side faced a tough battle.

"I think their football is outstanding," said the American of the Moroccans. "They've grown immensely over the last two or three years and they are fully capable of beating anybody.

"We have a big challenge and this will not be a game that we will be taking lightly."

Nigeria's defence of their crown started disastrously with a 2-1 loss to South Africa in Group C.

Poise
Waldrum's players recovered their mojo to beat Botswana 2-0 and Burundi 4-1 to finish second behind the South Africans.

They edged past Cameroon 1-0 in the quarter-final in Casablanca to maintain their record of reaching the last four in all of the 14 tournaments.

But Waldrum warned the days of Nigeria's effective annexation of the Cup of Nations trophy are under threat.

"All the teams have got better," he added. "And We can't look back to three or four years ago when we could say we can easily win this or that match.

"That's not the way it is in this tournament this year. There are so many good teams participating.

"We've qualified for the World Cup but we're not relaxed and happy to have done just that. You'll see a team that is hungry to win."

Economic crisis: We shall resist any attempt to cut our pens...
36 minutes ago