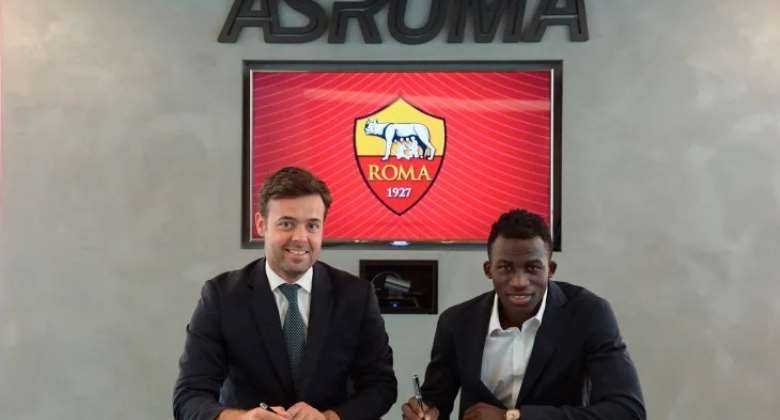 Black Stars striker, Felix Afena-Gyan says he is delighted to continue working to improve his game after signing a new deal with Italian Serie A side AS Roma.

Having been impressed with the exploits of the Ghana international from last season, the Italian outfit has announced today that it has extended the contract of the player for four more years.

“AS Roma are pleased to announce that Felix Afena-Gyan has renewed his contract with the Club until 30 June 2026.

“Raised in the Giallorossi youth sector, Felix made his debut in the First Team on 27 October 2021 in Cagliari 1-2 Roma.

“With the Roma shirt he has made 22 appearances so far, including 3 in the first edition of the UEFA Europa Conference League,” an official club statement from AS Roma said today.

Speaking to the club after signing the new deal, Felix Afena-Gyan expressed his delight and stressed that his attention is now on improving as a player for the upcoming season.

“I am really happy to have signed this contract renewal: since I joined this club my goal has been to reach the First Team and when I did my life has changed a lot.

"Now I only have to think about improving, I am motivated to start the new season in the best possible way,” the Ghana star said as quoted on the website of AS Roma.