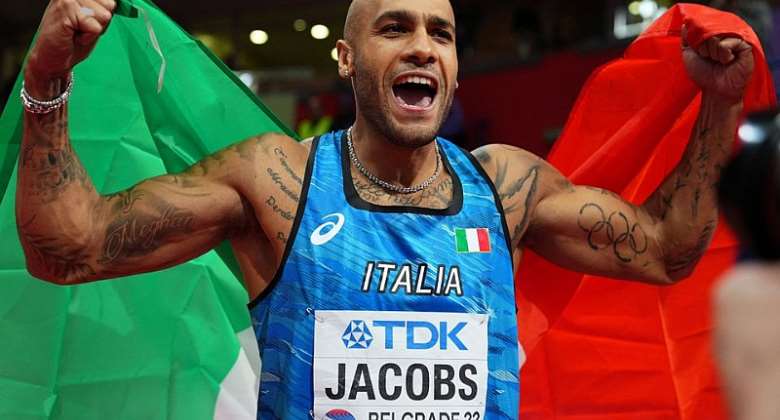 Olympic sprint champion Lamont Marcell Jacobs said he is heading to Eugene, Oregon ahead of the upcoming world championships to "test the waters" after being forced to withdraw from Thursday's Diamond League meet in Stockholm due to muscle tension.

Jacobs won his fifth Italian national men’s 100 metres title on his comeback from a muscle injury last week, having previously missed Diamond League meetings in Eugene, Rome and Oslo, and again sat out on Thursday.

Now, two weeks before the start of the world championships in Oregon, Jacobs revealed he had not raced on Thursday as a precautionary measure due to an issue with his glutes and will head to the U.S.

"I'll be in Eugene to test the waters," he posted on Instagram.

"I am the first to want to get on the top step of the podium for me and all of you.

"You too know how much dedication I put into it every day, if it were up to me I would compete on every occasion, but sport is like this. We are human beings, not machines. I will update you step by step in the coming days."

Jacobs became the first Italian to win Olympic 100 metres gold in Tokyo last August, clocking a European record 9.80 seconds in the final, before adding a second gold in the 4x100 metres relay.