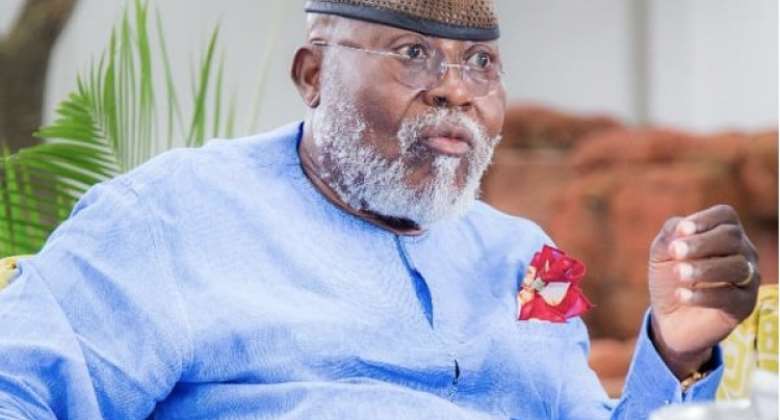 Hearts of Oak Board member, Dr. Nyaho Nyaho-Tamakloe, has insisted that the club has no intention to sack head coach, Samuel Boadu.

Reports have emerged that former Hoffenheim coach, Hubertus Jozef Margaretha Stevens is on the verge of replacing the former Medeama SC gaffer.

“The club is considering replacing him? Nothing official has come out. I’m not going to talk about that – How I see him is what I’m talking about, and that is something that no one can change my mind about because I like to talk openly about the way I see things if it doesn’t go well with some people I don’t care about that. I have no problem with him, in fact, anytime he has problems managerial or administrative he comes to me," he said.

Despite winning five trophies for the Phobians in 15 months, Dr. Nyaho Tamakloe seems to be less impressed with Samuel Boadu’s work, many fans have attacked the ranking board member for his comments about the coach since he won the back-to-back FA cup titles but Dr. Tamakloe insists his stance is unprovoked.

“I alone can’t say I am going to replace him I was very instrumental in getting him into the club, I have no problem with him, I don’t know him from Adam, but when Papic left and we needed a good coach, he was recommended, I spoke to him, other board members spoke with him and we accepted him.

"Whether he has to be supervised by somebody or he will have to leave, will be the decision of the board. I can talk about it, but I am not going to decide”, he added.

Boadu, having signed a three-year deal with the club has won five trophies in his year and a half stay at the club.

He is expected to lead the side to the CAF Confederations Cup campaign next season having defended their FA Cup title successfully.