If Samuel Buadu can't lead Hearts of Oak to Africa, then you need to resign as well — Nyaho Tamakloe told 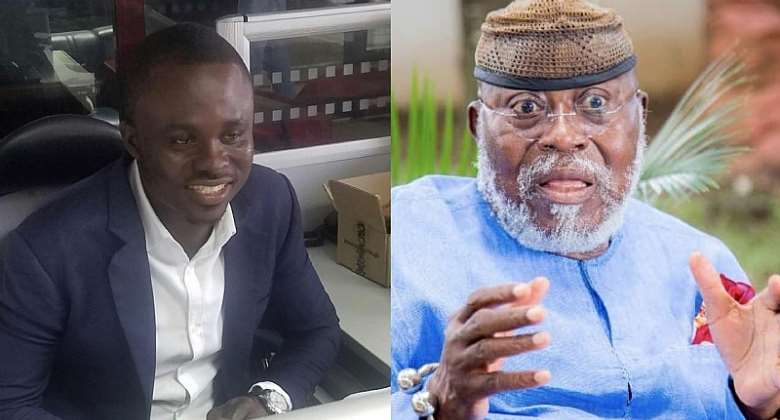 Popular sports analyst of the Accra-based “Vision One sports,” Collino Oppong also known as Collino says Dr. Nyaho Tamakloe must resign as a board member of the Accra Hearts of Oak for criticizing Samuel Buadu.

Speaking on the Accra-based Vision One Sports Show on Thursday, June 30, 2022, the seasoned sports analyst stated that some board members of the Accra Hearts of Oak football club should be removed to make way for fresh and able men as the club heads to the CAF Confederation Cup, just as Dr. Nyaho Tamaklo is requesting for the club's technical team.

“Hearts of Oaks board needs a fresh mind. If Samuel Boadu doesn't have the capacity of going to Africa then some board members of Hearts of Oak don't deserve to be on the board including Dr Nyaho Tamakloas as he rightly stated himself,” said Collino.

His statement follows Dr. Nyaho Tamakloe's statement on Accra-based Angel FM, in which he claims he has a problem with the technical team of the MTN FA Cup winners saying some of the club's players are lazy and indisciplined.

He emphasized that he is confident the club will not perform well with the current coach and his assistants. He proposed that Hearts be managed by an astute coach like the late Cicel Jones Attiquayefio.

“I have a problem with Hearts of Oak's technical director of the club, most of the players appear to be indisciplined in the team and are either aged or lazy.

“I strongly have my doubt that the technical team can do well in Africa. Hearts of Oak is a big club and must always be in the hand of a big coach like Attiquayefio.

"I believe the current technical team can’t carry us far," he said.

Coach Samuel Buadu responded on the Accra-based Asempa FM, by saying "Dr. Nyaho Tamakloe is my father. No one should think he is attacking me but he has the right to straighten me so I sit up. Nothing bad about that comment. The technical team is young and still learning.”

Latest Photo Reports
Catch up with all the political quotes from our politicians.
Advertise here
More from Football News
ModernGhana Links
I don't know - Inaki Williams on whether Nico Williams will play for Ghana
I will be available for Africa Cup of Nations, says new Ghana striker Inaki Williams
2022 World Cup: Ghana have quality to perform - Inaki Williams
TOP STORIES