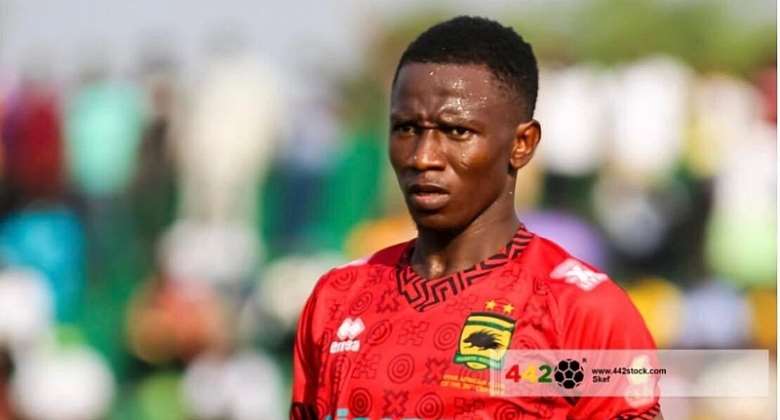 Okrah enjoyed a fruitful season with the Hunters but lost the FA Cup to Hearts of Oak at the Baba Yara Stadium.

The 26-year-old finished as the third-highest scorer in the league with 14 goals.

For the Bechem forward, Imoro who scored two goals in 28 league matches for Kotoko had qualities that were rare for a typical defender who was noted for scoring from free-kicks.

“Imoro was outstanding throughout the season, and for me, he was the best player. A defender with the speed of light, who can join the attack when necessary with a high recovery rate is rare. Besides helping his strikers to attack from all angles, he also assisted them to convert half-chances into goals. When it become necessary, he also scored to help his side overpower their opponents. This explains why I rate him as my best player of the season,” Okrah told Graphic Sports.

For his best defender of the season, Okrah noted that he settled on the Hearts captain for his dexterity on the field and his aerial prowess, adding that Alhassan was one of the defenders he found tough dealing with.

“Unlike some defenders that I handled very well, I almost always found it difficult to play against him, because he always tormented me anytime we met. His sense of timing was good and he robbed us of many 50/50 balls. He was also superior in the air by winning almost all aerial balls, tackled well to deny us some scoring opportunities,” he explained.

Commenting on his best match of the season, Okrah chose Bechem United’s MTN FA Cup semi-final match against Obuasi-based AshantiGold, where his team came from behind to defeat Ashgold 2-1 at the Len Clay Stadium as his best match.

“We were down by a lone goal in the first half, but during the break, I told my colleagues in the dressing room that we could not lose the match at Obuasi so they should be prepared to put up a good fight in the second half. We, therefore, fired from all cylinders in the second half and scored two goals to qualify for the next stage of the competition.

"My performance in the match was outstanding, and moments afterward, the technical team and management commended me so much for helping the team to defeat Ashgold in their backyard. I still remember that match as if it was played only yesterday,” he recalled.

He commended the management and technical team of Bechem United for offering him the platform to display his potential in football and gave an assurance to be committed to his career as his contribution to the development of Ghana football.