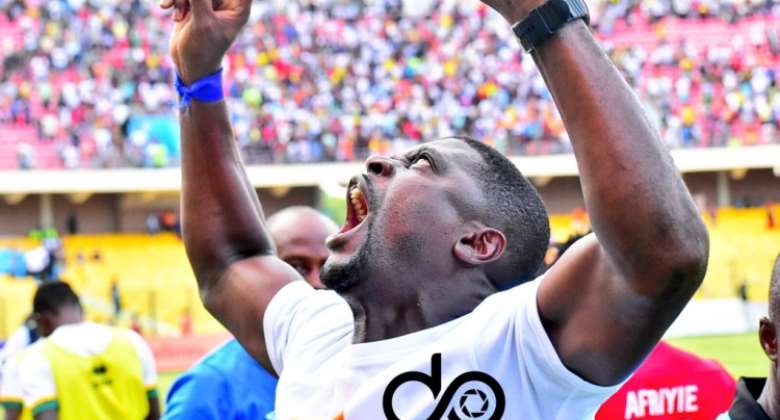 Board Member of Hearts of Oak, Dr. Nyaho Nyaho Tamakloe has fired back to head coach of the side, Samuel Boadu, insisting winning five trophies for the club is nothing.

The 37-year-old having signed a three-year deal midway through the 2020/21. Boadu last season led the side to win a domestic title for the first time in 11 years.

In the just-ended 2021/22 football season, the young gaffer led the side to win the President’s Cup and defended the FA Cup.

As the defending champions of the just-ended football season, Hearts of Oak finished 6th on the league log and fell 19 points behind rivals Asante Kotoko.

However, Dr. Tamakloe speaking in an interview said Boadu’s incredible feat of winning five trophies in 15 months is surplus to requirements for a club that had suffered a trophy drought for more than a decade before his arrival.

“People keep on saying he’s won five trophies but once you look at the future of the club, that’s my concern. Football is a very tricky game.

“Maybe we’ve been able to win five trophies by chance because the way Hearts of Oak plays its football is not the way I see it,” the former Ghana Football Association [GFA] chairman added.

Boadu won the Premier League, the FA Cup, and the Super Cup last season but failed in Africa.

However, Hearts of Oak will be representing the country in the 2022/23 CAF Confederations Cup.