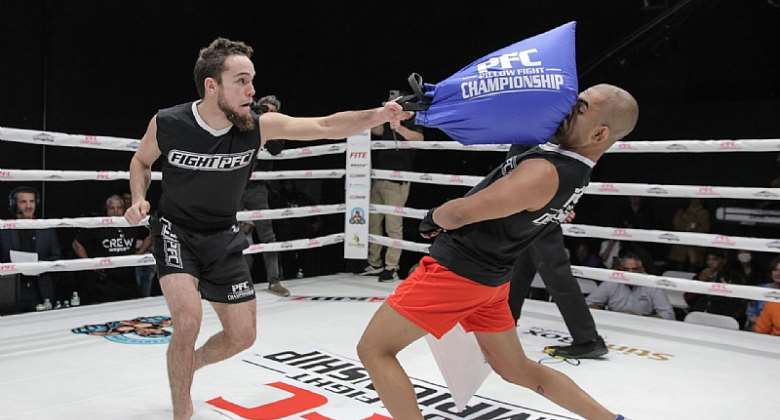 Mr. Prince Kojo Baffour - Acheamfuor, a keen sports enthusiast who wants to encourage the promotion of leisure, recreation, and lesser-known sports has presented medals for the first-ever Pillow Fight Championship in Accra, Ghana.

The medal was received by Mr. Emmanuel Olla Williams, CEO of Dreamland Sports Plus and President of PFC Ghana.

Over the last week, PFC officials in Ghana have been engaging the media and also tutoring members of the general public and those interested in taking part in the Pillow Fighting competition.

The championship which takes place on July 10 at the Odorkor Official Town Market is sanctioned by the founder of the World Pillow Fight Championship, Mr. Steve Williams of the United States of America (USA), and will be chaired by Mr. Prince Kojo Baffour - Acheamfuor.

Meanwhile, many people, especially students have expressed interest in the new sport and PFC Ghana will take it to the senior high schools.

Mr. Olla Williams said Pillow Fighting will be added to the sports activities of the school's sanitation program.

He was happy to note that communities have also expressed interest and the news on Pillow Fighting is spreading very fast.

According to Mr. Baffour - Acheamfuor, the sport will be inaugurated and launched after the exhibition at Odorkor.

He stressed that Ghanaians need a variety of sporting activities to relieve them of stress, idleness, and lack of entertainment.

He hoped that the Ghana Olympic Committee (GOC), the Ministry of Youth and Sports as well as the National Sports Authority will embrace Pillow Fighting so that people enjoy the sport fully.