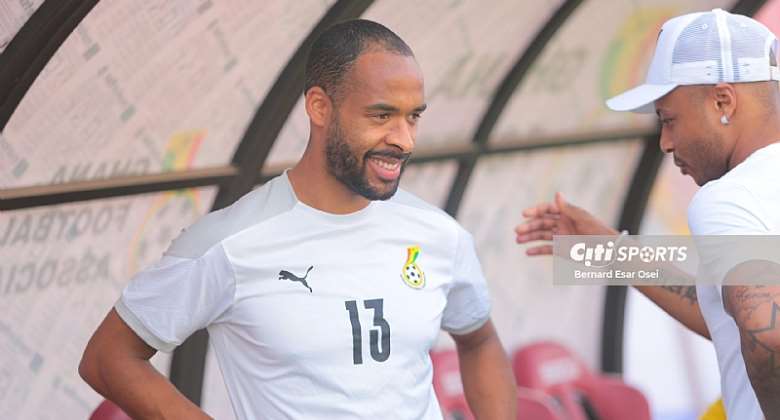 Ghana defender, Dennis Odoi has said the Black Stars had a better team than Nigeria during the 2022 World Cup playoff.

The four-time African champions booked a place in the Mundial at the expense of Nigeria in a two-legged playoff.

The Super Eagles were touted as favorites before the games.

However, a weakened Ghana team ended up qualifying for the World Cup ahead of a star-studded Nigerian team.

“They told me [about the rivalry],” Odoi says. “But I think you need to live here to know how real the rivalry is. I knew it was two West African countries that are very close to one another. This big rivalry is about Jollof [rice] as well," Odoi told New Frame.

“We were fighting for the World Cup. Obviously, it’s sweet that you win against Nigeria, but no matter which country it was, we needed to win those two games.

“If you look at the Nigeria squad, they had bigger names. But names are not everything. You can have big names, but you need to be a good team, a good squad. And you need to be a cohesive group. I think that, over the two games, we showed them that we as a team were good, and we fight for each other," he added.

The Black Stars having missed out in the last edition hosted in Russia in 2018 will be hoping to improve their performance in Qatar after exiting at the group phase during the 2014 World Cup in Brazil.

Latest Photo Reports
Catch up with all the political quotes from our politicians.
Advertise here
More from Football News
ModernGhana Links
Ghana winger Tariqe Fosu joins Championship side Stoke City on a long season loan deal
I don't know - Inaki Williams on whether Nico Williams will play for Ghana
I will be available for Africa Cup of Nations, says new Ghana striker Inaki Williams
TOP STORIES