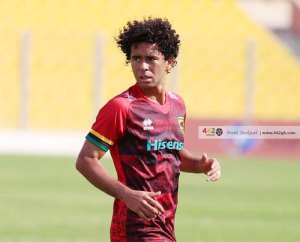 According to Kumasi-based Oyerepa FM, the Brazilian forward is bent on parting ways with the Porcupine Warriors after two years with the club.

The 29-year-old signed a two-year contract with the reigning Ghana Premier League champions in October 2020.

Gama has currently left Ghana following the conclusion of the 2021/2022 Ghana Premier League season. His contract will expire in October 2022.

David Obeng Nyarko, Kotoko's acting communications director, has stated that the club will inform fans of Gama's situation as soon as possible.

"Talks are ongoing between the club and Fabio Gama and will be communicated at an appropriate time for the public to know whether he has signed a new contract or not," he told Pure FM.

Gama has won the hearts of the fans with his intelligent playmaking skills during his two years at the club.

He Kotoko win the league in what appears to be his final season in the famous red shirt, ending the club's eight-year title drought.