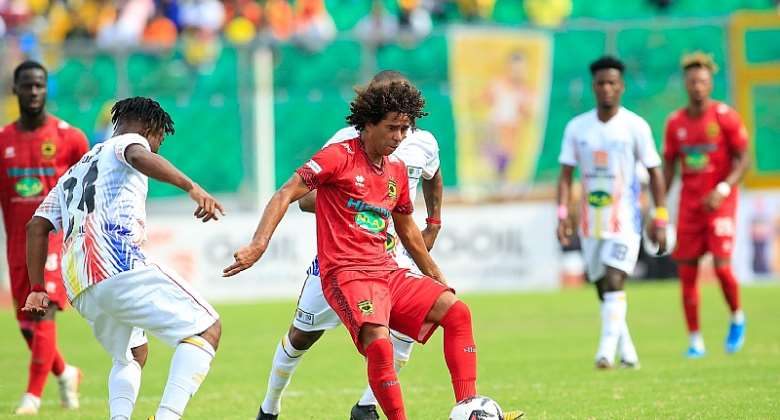 Hearts of Oak midfielder, Abdul Aziz Nurudeen has finally opened up on what Asante Kotoko midfielder, Fabio Gama told him after the penalty incident in the Super Clash at the Baba Yara Stadium in the matchday 24 game.

Centre referee Kennedy Paddy awarded the Porcupine Warriors a penalty in the 14th minute after Gama was adjudged to have been fouled by Nurudeen Abdul Aziz.

Franck Mbella stepped up to convert the spot-kick as the home side picked up all three points.

The decision generated a lot of argument in the country as many believes the referee had his decision wrong which led to the FA handing him a ban.

“After the game, Gama told me he has not seen a defensive midfielder who is skillful like me," he told Accra-based Angel TV.

"He also said I am a stubborn midfielder so he used tricks to win the penalty," he added.

Hearts of Oak were unable to finish in the top four at the end of the Ghana Premier League campaign.

Meanwhile, Kotoko emerged as the winner of the 2021/22 domestic top-flight season under Prosper Narteh Ogum.