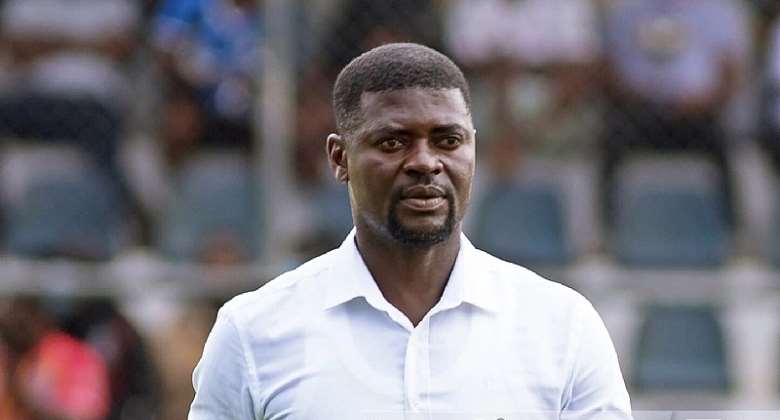 Hearts of Oak defender, Samuel Inkoom has backed head coach, Samuel Boadu, after the gaffer shed tears after their defeat to King Faisal.

The Phobians at the Baba Yara Stadium suffered a late defeat to the 'Insha Allah' lads.

After the defeat, the playing body were accused of playing a fixed game.

However, Samuel Boadu after the game was spotted crying following the defeat.

But Inkoom, who joined the club on a short-term deal before the start of the second round of the season sees nothing wrong with Boadu weeping after the defeat.

"Even if Coach Samuel Boadu cried in the dressing room after we lost at King Faisal, there is nothing wrong with that," he said on Asempa FM.

"We all get sad when things don't go well. We need to understand that," he added.

Hearts of Oak finished on the 6th position with 48 points. Despite their poor showing in the Ghana Premier League, the Phobians defeated Bechem United to defend their FA Cup title.

Boadu and his charges will lead the side to the CAF Confederations Cup next season.

'My Ga, Fante, Ewe and Northern brothers when was the last t...
36 minutes ago