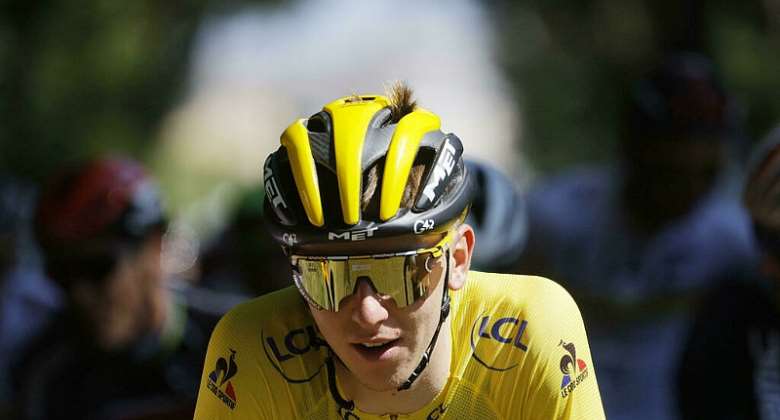 Eight men have won the Tour de France at least three times since that first race back in the summer of 1903. And only five of them have managed three on the trot.

From Friday, Tadej Pogacar will attempt to add his presence to the pantheon of Louison Bobet, Jacques Anquetil, Eddy Merckx, Miguel Indurain and Chris Froome.

"We've worked very hard all year as a team to prepare for this," said Pogacar on the eve of the 2022 race, which starts in Denmark with a 13.2 kilometre time trial around Copenhagen.

Two more stages follow: a 202.5km voyage between Roskilde and Nyborg and Sunday's 182km journey between Vejle and Sonderborg.

"Everyone in Denmark rides a bike," said Tour de France director Christian Prudhomme as part of his justification for launching the world's most prestigious cycling race in Scandinavia.

Jens Peter Hansen, the head of the Danish cycling federation and Sophie Haestorp Andersen, the mayor of Copenhagen, wheeled themselves out to support Prudhomme.

"It's a small country with small distances," said Hansen. "You don't have mountains. So I guess that's why a lot of people could see why the bicycle is really a nice way of getting around. I think it's the Danish mentality. We like to be independent."

Following the three-day whirl around Denmark, the 22 teams transfer to France and a 171.5km run between Dunkerque and Calais.

The fifth stage from Lille to Arenberg Porte du Hainaut will feature stretches over cobbled sectors.

"Teams will be taking stock after stage five," added Prudhomme.

The race then heads across the French Alps, including a climb up the legendary Alpe d'Huez and into the Pyrenees where the Hautacam awaits.

If the cobbles and the mountain passes have not furnished a clear front runner after three weeks and more than 3,000km, then the 40.7km time-trial on the 20th and penultimate stage could be the decider.

In 2020, at a similar stage. Pogacar seiwed control of the race from his fellow Slovenian Primoz Roglic.

The Jumbo-Visma team leader was left a quivering wreck on the deck after the then 21-year-old produced a sensational race against the clock to overturn Roglic's 57 second lead and take the yellow jersey which 30-year-old Roglic had sported since the ninth stage.

With a lead of nearly two minutes and Tour de France convention forbidding racing for the yellow jersey on the last stage, Pogacar went on to Paris safe in the knowledge that he would become the youngest champion in more than a century.

The 21-year-old also claimed the polka dot jersey as best climber on the tour – the "king of the mountains". There was, quite logically, also the white jersey as best rider under the age of 25.

In 2021, Pogacar retained all three vests at the end of the race.

"The man is at one with his bike," FDJ team director Thierry Bricaud said. "One-on-one he's unbeatable."

And so voilà, Jumbo-Visma's strategy for 2022: a dual pronged assault on Pogacar.

Both 32-year-old Roglic and 25-year-old Jonas Vingegaard have been anointed leaders.

"I'm concentrating on getting the most out of myself and the team in a cumulative way," said Roglic. "As long as we work together, doing as good as possible together, we believe that we can beat him," he added.

After the disappointment of 2020, Roglic pulled out in the first week of the 2021 race after a fall. Vingegaard took over and finished second.

"We make each other stronger," added Roglic. "When you have strong individuals around, the whole team gets stronger.

"Primoz and I are good friends when we are not racing bikes," said Vingegaard, who could become the first Dane to win the race.

"It is totally different from last year. Last year I came to the tour as a helper. And now I am one of the leaders at the biggest race in the world."

"In the best scenario, both of them are better than Pogacar," Zeeman added. "But there is a strong possibility that is not going to happen.

"We need everybody to be at his top level and we definitely need a two-leader strategy. It's not a secret that Pogacar is the big favourite."

What an accolade for the 23-year-old from Komenda.

"I'm here to race, and enjoy the moment," Pogacar told the British magazine Cycling News as he prepared for his latest challenge. "But for sure, making an impact on history gives you some motivation, some sort of a boost."

Three weeks then for a tour de force.