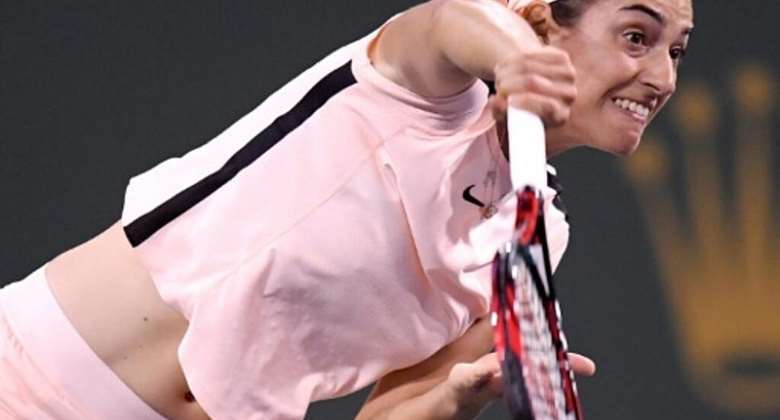 Former world number four Caroline Garcia turned back the clock on Wednesday with a bravura display of aggression to dispatch the 10th seed Emma Raducanu and move into the last 32 at Wimbledon. French Compatriot Ugo Humbert mirrored her exploits with an impressive four-set victory over the men's third seed Casper Ruud.

Garcia, who has fallen to 55 in the rankings saw off the US Open champion 6-3, 6-3 to extend her unbeaten streak to seven matches.

"Emma is a huge player," said Garcia after her win. "She has proved that she can do well on the big stage. I really enjoyed playing on Centre Court. It was my first time and very special memory for me."

Garcia claimed the grass court event in Bad Homburg in Germany in the prelude to Wimbledon while Raducanu's preparations were hampered by a side strain that forced her to withdraw from the Nottingham tournament at the start of June.

Though the 19-year-old Briton successfully negotiated a tricky first round encounter against Belgium's Alison van Uytvanck, she was unable to cope with Garcia's guile and relentless hustling.

The first set was over in 39 minutes.
And Garcia broke in the second set to lead 3-2.
But she allowed Raducanu to recover immediately to the delight of the partisans. But their joy was fleeting.

Raducanu pressed the self-destruct button again to give Garcia a 4-3 lead and the 28-year-old claimed the next two games.

"You win a couple of matches in a row ... I won a title in Germany but you have to start all over again," said Garcia.

"That is what is nice about tennis - we all start from zero and we have to go for it."

Raducanu was joined on the scrapheap by the second seed Anett Kontaveit. She lost to the unseeded German Jule Niemeier 6-4, 6-0.

In each of her previous three matches against top 20 opponents, the world number 97 had taken the contest to three sets.

But the 22-year-old was ruthless against a player who has been suffering from Covid-19 after-effects.

"I played two former top 10 players before and I knew that I had the level as it was pretty close because I lost twice in three sets," said Niemeier.

"I knew I had the level to beat those players and I'm really happy I could do it today."

In the men's draw top seed Novak Djokovic swept past the unseeded Australian Thanasi Kokkinakis 6-1, 6-4, 6-2. But the third seed Casper Ruud went out.

He will take on the Belgian David Goffin for a place in the last 16.