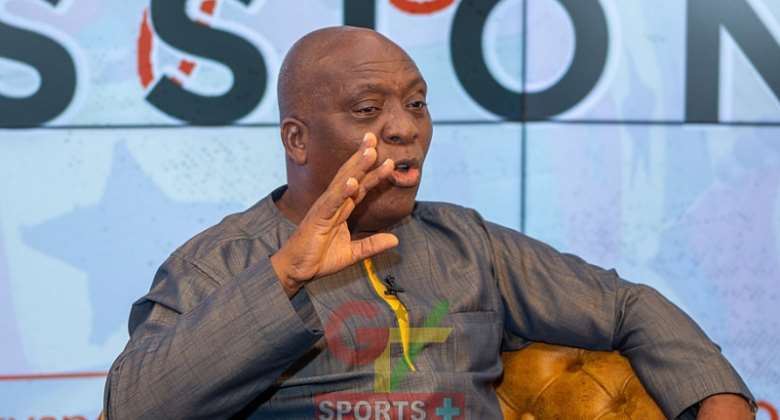 Ghana League Club Association [GHALCA] Chairman, Kudjoe Fianoo has confirmed that his outfit will organize a Top 4 pre-season tournament for clubs and not Top 6 as speculated.

GHALCA over the years have been organizing a tournament for clubs who finished in the top four in the Ghana Premier League ahead of every new season.

The tournament in the past served as a preparatory ground for clubs that will be representing the country in Africa.

However, the discussion has taken a different turn after Hearts of Oak failed to finish in the top four but won the FA Cup, beating Bechem United to annex the trophy.

With Samuel Boadu and his charges set to represent the country in the 2022/23 CAF Confederations Cup, it has been argued that Hearts of Oak, who finished 6th with 48 points and Great Olympics finished 5th must be included in the pre-season tournament, making it Top 6.

However, Kudjoe Fianoo speaking in an interview has categorically reiterated that only the top four clubs will compete in the pre-season tournament.

By this decision, Hearts of Oak will be out of the pre-season tournament despite representing the country in Africa.

"The Ghana League Club Association [GHALCA] will organize a 'Top 4,' and not 'Top 6' preseason competition," he told Kumasi-based Kessben FM.

Meanwhile, Asante Kotoko who won the 2021/22 Ghana Premier League will represent the country in the CAF Champions League.