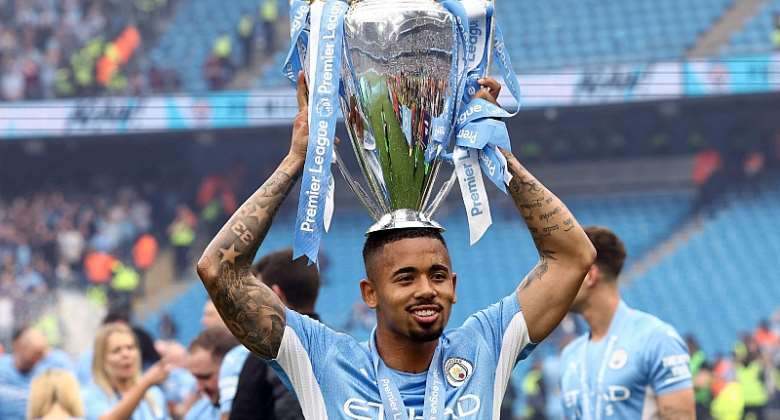 Gabriel Jesus is having a medical at Arsenal before a £45m move from Manchester City.

The 25-year-old Brazil forward has been wanted by a number of clubs, both in the Premier League and in Europe, but has opted to join the Gunners.

Jesus has made 236 appearances and scored 95 goals for City since moving from Palmeiras in January 2017.

He has won four Premier League titles during his time at Etihad Stadium, plus three League Cups and the FA Cup.

His playing time next season was likely to be limited after City signed Norway forward Erling Haaland from Borussia Dortmund.

Jesus previously worked with Arsenal manager Mikel Arteta during the latter’s time as a coach at City. The Spaniard is trying to boost his side’s attacking options following the departures of forwards Alexandre Lacazette and Pierre-Emerick Aubameyang on free transfers.

The club have already signed midfielder Fabio Vieira from Porto for £34.2m this summer and have also been linked with Leeds United playmaker Raphinha.

Arsenal finished fifth in the Premier League last season and narrowly missed out on qualifying for the Champions League to north London rivals Tottenham.

Arteta had to rely on his younger players for goals during a lacklustre campaign in attack – 20-year-old England international Bukayo Saka was the club’s top scorer with 12 goals.

He has won 56 caps and scored 19 goals for Brazil, having made his senior debut in September 2016.