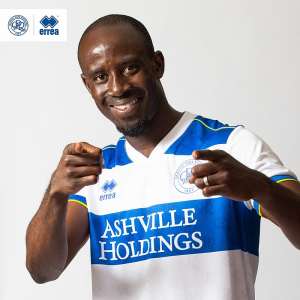 Ghana international, Albert Adomah has disclosed that he is excited his dream to continue playing for his beloved Queens Park Rangers side is staying alive after inking a new two-year contract with the club.

The veteran forward was a key asset or the English Championship club last season where he managed to bring excitement to the fans.

Unfortunately, his contract ended at the end of the 2021/22 campaign, and had to look elsewhere.

Following a review of his performance by QPR, the club has today announced that Albert Adomah has been signed on a new two-year contract to be part of the team’s campaign in the English Championship next season.

“ALBERT Adomah will be staying with QPR after agreeing a new two-year deal at Loftus Road.

“Adomah has been with the R’s for two years after initially joining his boyhood club at the start of the 2020/21 campaign.

“The 34-year-old became an instant hit with the R’s supporters and now he is looking forward to the future in W12 under new head coach Michael Beale,” an official club statement said on Wednesday, June 22, 2022.

Speaking to the club’s media team after inking the contract, Albert Adomah says he is excited and cannot wait to get going again.

“I’m back baby! The dream continues and hopefully, it will be a successful season. I can’t wait to carry on this amazing journey.

“I spoke to the gaffer and he told me he wanted me at the club so straight away it was a no-brainer.

“I can’t wait to work with him and I am also grateful to the club for allowing me to continue my dream of playing in the blue and white hoops,” the delighted Albert Adomah said as quoted on the QPR website.