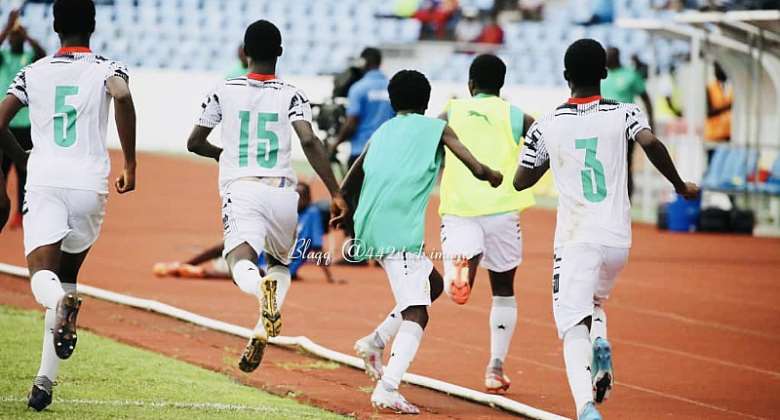 The Ghana U17 national team has secured qualification to the semi-final of the 2022 WAFU Zone B U17 Championship following a hard-fought 3-0 win against the Togo U17 team.

Nicknamed the Black Starlets, the youth national team of Ghana last week suffered a 4-2 defeat to rivals Nigeria in the first match of the tournament in a game played at the Cape Coast Stadium.

Today, the Starlets played the second match of the tournament against neighbours Togo.

Needing a win or kiss the tournament goodbye, Coach Paa Kwasi Fabin and his players have today made things happen.

In what ensued as a very tough match, Pius Adua scored in the 54th minute to shoot Ghana into the lead on the back of a goalless draw from the first half.

Later in the game, goals from Abdul Razak Salifu and Collins Agyemang in the 77th and 80th minutes respectively secured a delightful 3-0 win for the Black Starlets.

The victory means that the Black Starlets of Ghana are now through to the semi-finals of the 2022 WAFU Zone B Championship.