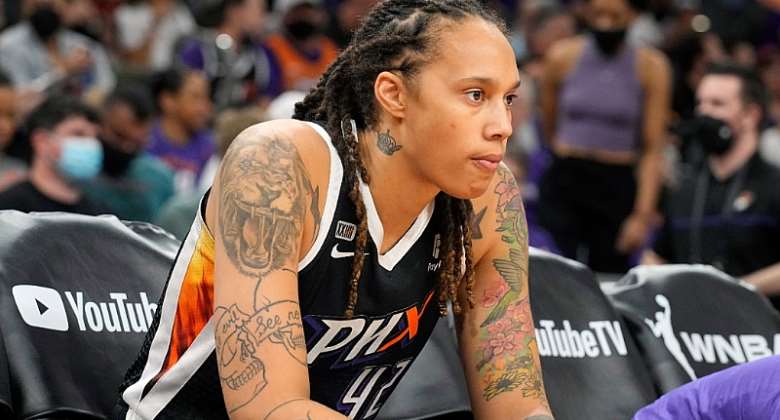 The Phoenix Mercury star was held on 17 February at a Moscow-area airport after cannabis oil was allegedly found in her luggage.

On Tuesday, her detention was extended for an additional 18 days at "the request of the investigation", according to a representative from the Khimki Court of the Moscow Region, reports Tass.

A Russian court previously extended her time in custody until 19 May and then again until mid-June, according to the BBC's US partner CBS News.

Representatives for Ms. Griner did not immediately respond to requests for comment.

US state department spokesman Ned Price said on Tuesday that Ms. Griner "should not be detained for a single day longer".

"Our position for some time on this has been very clear: Brittney Griner should not be detained," Mr. Price said in response to questions about her case.

State Department officials met on Monday with Ms. Griner's WNBA teammates to discuss the administration's work to bring her home.

"There is a lot involved in getting her back home and safe, they're working relentlessly," Phoenix Mercury star Diana Taurasi said after the meeting, in a statement released by the team.

"We're here to do whatever we can to amplify and keep BG at the forefront, which is more important than any basketball game and anything else that's going on in our lives."

Image caption: Ms .Griner is rated as one of the best female basketball players in history

The WNBA season would have been Ms. Griner's eighth. A three-time league champion and seven-time All-Star, she is considered one of the most dominant players in her sport's history.

In recent weeks players in both the women's and men's leagues have intensified calls for her release, many wearing clothing with her Mercury jersey number - 42 - and the phrase "We Are BG".

Ms. Griner's loved ones and fellow basketball players have been able to communicate with her through email. The emails are printed out and delivered to her by her lawyer after they are examined by Russian officials.

Ms. Griner had initially traveled to Russia to play for EuroLeague team UMMC Ekaterinburg, where she had worked since 2014 during the US off-season. Roughly half of WNBA players compete overseas in the off-season.

For most, it's a way to augment their domestic income: WNBA players receive roughly five times more in Russia than they do in the US.