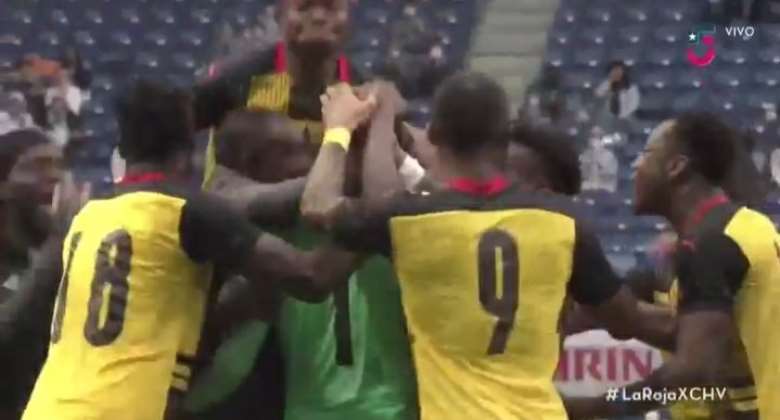 A heroic penalty shootout display from young goalkeeper Manaf Nurudeen has helped Ghana to defeat Chile to finish third at the 2022 Kirin Cup in Japan.

The Black Stars are one of four national teams that participated in the cup tournament in the Asian country.

After losing to host Japan in the first match of the tournament, Ghana missed out on playing in the final but had the opportunity to fight for third place.

In the game played today at the Panasonic Stadium against Chile, the national team of the West African country improved on the performance from the first match but still found it difficult to play against the opponent.

Despite red cards to Alidu Seidu and Mubarak Wakaso, the Black Stars defended very well and forced the 90 minutes to end in a goalless stalemate.

With the match heading into the penalty shootouts, nerves were tested but Ghana goalkeeper Manaf Nurudeen proved to be the master from 12 yards.

The young shot-stopper saved the second and third spot-kicks of Chile to fire Ghana to a 3-1 shootout victory at the end of the contest.

The win has seen Ghana finish third in the 2022 Kirin Cup tournament.

The final will be played between Japan and Tunisia.