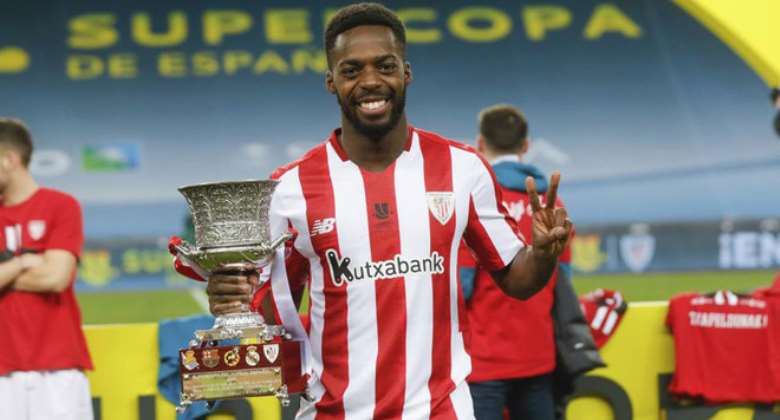 Athletic Bilbao striker, Inaki Williams has agreed to play for Ghana’s Black Stars ahead of the 2022 FIFA World Cup in Qatar, 3news has reported.

Williams has been a long-term target for the Ghana Football Association [GFA].

Following the country's qualification for the Mundial, it was reported that Kurt Okraku, who is the President of the GFA has held talks with the striker.

However, Inaki will be in the jerseys of the West African side following his acceptance to play for the country.

Inaki and his younger brother, Nico Williams are currently on vacation in Ghana.

Nico is yet to decide on his international future, but GFA officials are optimistic he would also play for Ghana.

Inaki initially committed to Spain and appeared in one friendly match against Bosnia and Herzegovina in 2016 but has agreed to a nationality switch.

He previously played for Spain’s U-21 team, scoring three goals in 17 games.

Inaki has remarkably gone six years without missing a La Liga match which is a new record in Spain.

He had eight goals and provided five assists in the 2021-22 season for the Red and Blacks outfit.

Meanwhile, Tariq Lamptey has completed his nationality switch to Ghana and he is expected to feature against Angola in a doubleheader of the 2023 Africa Cup of Nations [AFCON] qualifiers in September.