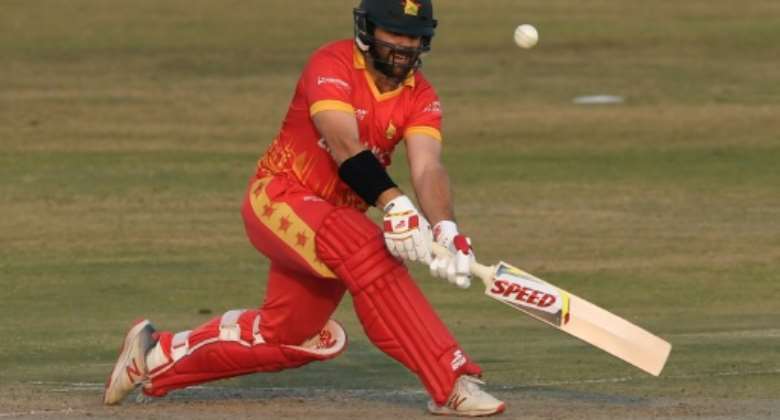 A file picture of Ryan Burl, who scored an unbeaten 51 for Zimbabwe against Afghanistan in a one-day international in Harare on June 6, 2022.. By Aamir QURESHI (AFP)

Innocent Kaia scored a half-century in only his second one-day international as Zimbabwe posted 228 after being sent in to bat against Afghanistan at Harare Sports Club on Monday.

The opening batsman debuted last Saturday in the first match of three and was the second highest scorer for the hosts with 39 runs.

Second time round, Kaia top scored with 63 off 74 balls, including one six and six fours, before being caught by wicketkeeper Rahmanullah Gurbaz off the bowling of Fareed Ahmad.

Middle-order Ryan Burl was the other Zimbabwean to score a half century, finishing unbeaten on 51, with the knock patiently constructed off 61 deliveries and including two fours and one six.

A victory for Afghanistan will clinch the series ahead of the final match on Thursday as they won the opening game last Saturday by 60 runs.