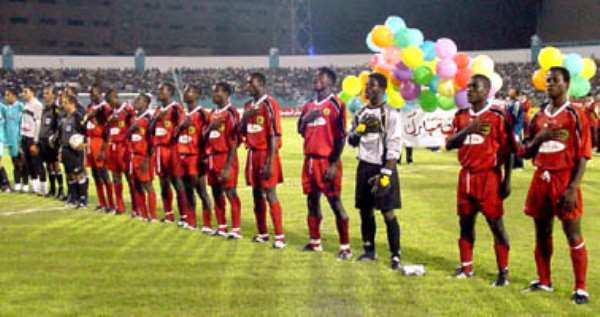 Kumasi Asante Kotoko has been hit by an exodus of their top players following the transfer of the club's most influential player, Charles Taylor and striker Frank Osei to Tunisian clubs, with petite midfielder Stephen Oduro also set to move to South Africa.

Information available to the Graphic indicates that just days after their involvement in the CAF Confederation Cup final against Accra Hearts of Oak, Taylor was offloaded to Tunisian outfit Etoile du Sahel while Osei landed at Club Africain for an undisclosed transfer fee.

Diminutive Oduro, Kotoko's midfield dynamo, has also been linked with a move to South African Premiership side SuperSport United for a transfer fee reported to be around $50,000.

SuperSport are participating in the CAF Confederation Cup competition and have a first round fixture against the winner of the preliminary round clash between Red Star of Seychelles and Savanne SC of Mauritius.

“The latest information I have is that the deal has been concretised and Taylor and Osei would play in Tunisia,” he said.Until their departure for Tunisia last week, Kotoko had registered Taylor, Oduro and Osei for their Champions League campaign but have withdrawn their registration in order to enable them to represent their new clubs in continental competitions this year.

Taylor is expected to star in Etoile's Champions League first round encounter against the winner of the preliminary round eliminator between Djoliba AC of Mali and Senegal's AS Douanes.The three players have been key to Kotoko's fortunes in the last two seasons and their departure has depleted the Porcupine Warriors of much of their firepower in both domestic and continental competitions.

Taylor, who joined Kotoko from rival Hearts of Oak two seasons ago under controversialcircumstances for a colossal amount of ¢1.2 billion in both transfer fee and fine for a breach of contract,was the talisman of the 'Red Army'and contributed greatly to their premier league triumph last year and their qualification to the Confederation Cup final.

Only last month the midfielder was linked with a move to Qatari club, Al Khaleej Sports,but the deal fell through after he underwent trials.