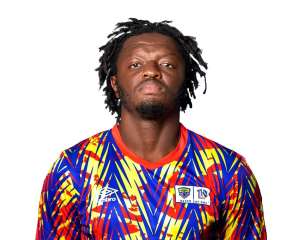 The incident happened when tempers flared up during a meeting between the management committee members and the playing body over the players' unpaid appearance fee.

During the meeting, Sulley Muntari who was one of the Senior players in the team got infuriated with a comment passed by Mr. Parker who was a management member of the team.

The Medeama Owner then punched the former AC Milan player in the face. Sulley then retaliated with a hefty slap and destroyed gadgets worth $8,000 which belonged to the Medeama SC Chief Executive Officer. Muntari was then expelled from the Black Stars' camp.

Ever since the incident happened almost a decade ago, there have been mixed reactions. While others think Muntari was wrong, others also believe Mr. Parker never behaved maturely.

According to the former Hearts of Oak's NCC national organizer, "You see, what I will say is, it takes a child who has no good upbringing to replicate such a shameful act. Under no circumstance should Muntari slap Mr. Parker ''.

The Problem of Presidential Travels and the IMF
8 seconds ago