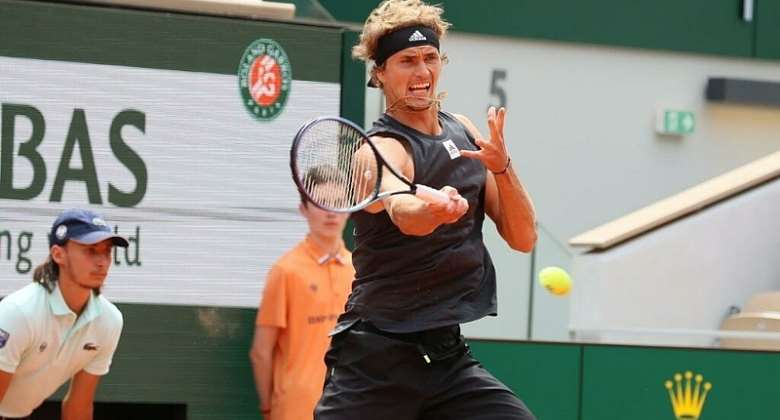 Top seed and defending champion Novak Djokovic advanced to the last 32 of the French Open on Wednesday with a straight sets win over the unseeded Slovakian Alex Molcan. His victory came minutes after third seed Alex Zverev fended off a match point to beat the unseeded Argentine Sebastian Baez after a three hour and 36 minute epic on centre court.

Zverev was out of sorts during the first 90 minutes of the encounter. Baez swept through the first set 6-2 and muscled his way to a 4-0 advantage in the second.

He eventually won it 6-4 as Zverev started to show signs of life. The 25-year-old German powered through the third and fourth sets dropping only three games but cracked first in the decider when Baez broke to lead 4-2.

But he could not profit from the advantage and Zverev came back to level at 4-4.

Zverev saved the match point on his way to making it five games apiece.

From the brink of elimination, he powered through the next two games to take the decider 7-5.

"To be honest I was thinking of where I was going to go on holiday when I was down at the end of the second set, Zverev told on-court interviewer Mats Wilander.

"But seriously, I tried to fight. You're not going to play brilliantly every match and I had to try and find a way to win. That's what Rafa [Nadal] Novak [Djokovic] and Roger [Federer] do. And though I'm not at their level, I'm trying to get there."

Loss
In the women's draw, fourth seed Maria Sakkari was the most notable casualty.

The 26-year-old Greek who reached last year's semi-final, went down in straight sets to the unseeded Czech Karolina Muchova.

"It's very disappointing because I really wanted to do well again but I'm sure that I have a few more years left in my career so I'm sure that I'll do good again here."

Twelfth seed Emma Raducanu also departed. The Briton was dispatched in three sets by Aliaksandra Sasnovich from Belarusia. There were wins though for 18th seed Cori Gauff and the former world number one Victoria Azarenka.