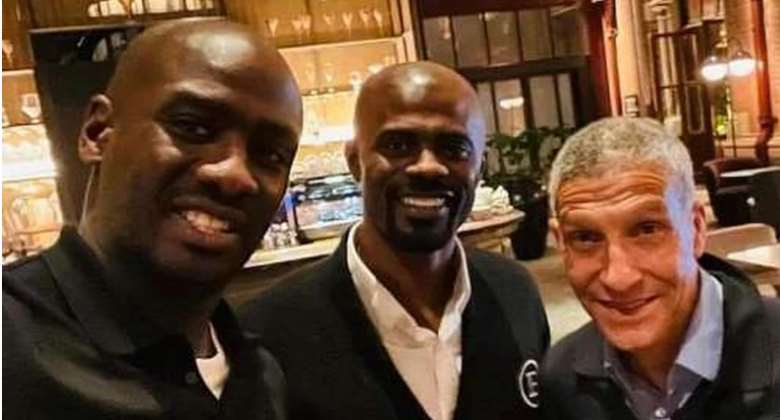 The Black Stars’ technical team have held a meeting in London to discuss the upcoming 2023 Africa Cup of Nations (AFCON) qualifiers.

Ghana has been paired in the same group with Madagascar, Angola, and the Central African Republic (CAR) in the qualifiers for the tournament, which will be hosted by the Ivory Coast next year.

The Black Stars will open their campaign with a home game against Madagascar on June 1 at the Cape Coast Stadium before taking on CAR four days later.

Ahead of the two games, Otto Addo, technical director Chris Hughton and assistant coach George Boateng converged in England to discuss about the call-up for the games.

After the AFCON qualifiers, Ghana will immediately begin its preparation for the 2022 World Cup with a four-nation tournament that includes Japan, Chile, and Tunisia.

A statement from the Ghana Football Association (GFA) in April said the Black Stars will face hosts Japan in their opening game while Tunisia also takes on Chile.

The winners of both matches will then clash in the final four days later, with the losers also facing off for the third and fourth places.

Ghana qualified for the World Cup in March following a 1-1 aggregate scoreline against rivals Nigeria in a two-legged playoff in March.

The Black Stars drew goalless with the Super Eagles in Kumasi before securing a 1-1 draw far away in Abuja to qualify on away goals.

Otto Addo's side has since been paired in a tricky Group H of the World Cup, alongside Portugal, Uruguay, and South Korea.

Meanwhile, the Ghana Football Association [GFA] on Tuesday night confirmed that Otto Addo, George Boateng, Didi Dramani, and Chris Hughton have been maintained for the Black Stars job until December 2022.