Tariq Lamptey: Brighton defender agrees to play for Black Stars ahead of 2023 AFCONQ and 2022 World Cup 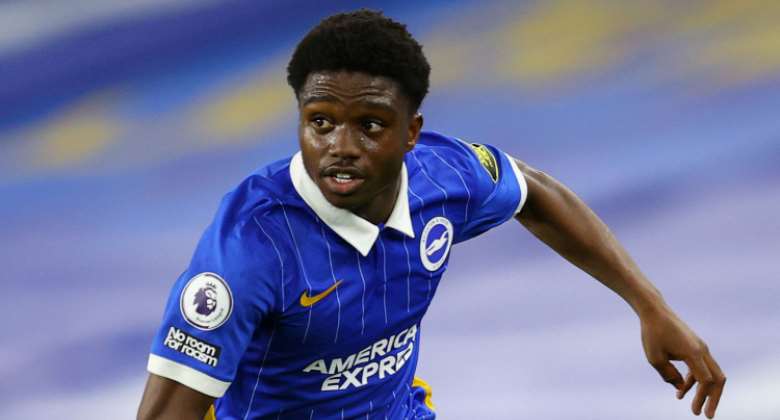 Brighton and Hove Albion defender, Tariq Lamptey has finally agreed and decided to play for the Ghana national team, the Black Stars according to media reports.

The former Chelsea academy graduate has been a key figure for the Premier League side.

Lamptey made a total of 31 appearances for the club in the ongoing season.

The enterprising lateral, has previously represented England at youth level and has rejected the Black Stars call up for sometime now but is yet to receive a call up to their senior national team.

However, the English born of Ghanaian descent has finally decided to play for Ghana and is likely he will make their squad for the 2023 Africa Cup of Nations [AFCON] qualifiers and the 2022 World Cup which will come up in November this year in Qatar.

Currently, the four time African champions will resume camping very soon to start preparations towards the Kirin Cup tournament and the 2023 Africa Cup of Nations qualifiers on June 1.

The Black Stars will host Madagascar at the Cape Coast Stadium.

Franklin Cudjoe back calls for probe into Covid-19 expenditu...
8 minutes ago

North East: One killed in clash between two communities
8 minutes ago