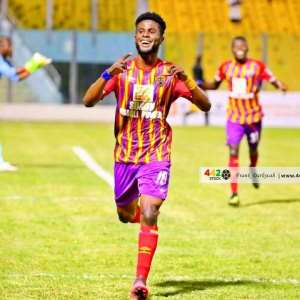 Daniel Afriyie Barnieh is on the verge of signing a new Hearts of Oak contract, Board Member of the club, Vincent Odotei Sowah has revealed.

Barnieh is expected to extend his contract with the reigning Ghana Premier League champions until the summer of 2026 as his current contract will be expiring in January 2023.

The 21-year-old winger has had a tremendous campaign with Hearts of Oak since he arrived at the club after a successful trial in 2020.

“Daniel Afriyie Barnieh has agreed on a deal to extend his contract with Hearts of Oak," Odotei told Accra-based Asaase Radio.

"We held successful talks and after agreeing on terms, we offered him a contract that reflected those terms. That was ten ago," he added.

He has scored ten (10) in his 27-game outings for Hearts of Oak in all competitions this season so far.

He was the skipper when the Black Satellites won the WAFU Championship in Mauritania.