Caf Confederations Cup: ‘No one remembers the losers’ – Richard Ofori on final 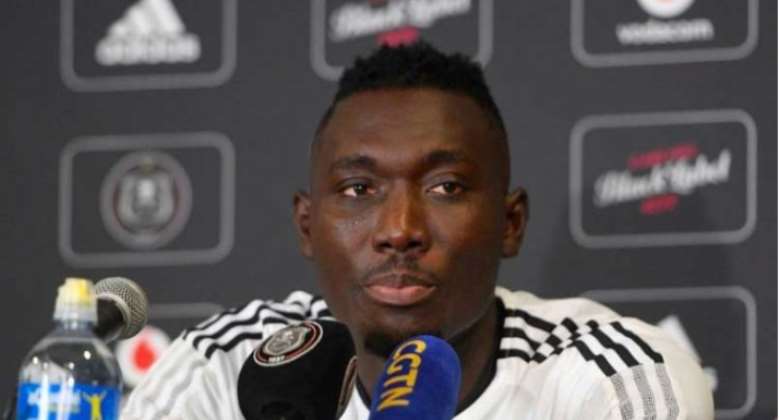 Orlando Pirates goalkeeper, Richard Ofori has reminded his teammates that “no one remembers the losers,” as they prepare for their 2021/22 Caf Confederation Cup final.

The 28-year-old wants the current team to write their own names in the Buccaneers’ history books by going all the way and winning the continental cup.

Pirates will come up against RS Berkane from Morocco in the final that will be played at the Godswill Akpabio Stadium in Uyo, Nigeria on Friday, May 20.

The Soweto giants have a rich history in Caf Competitions having reached four continental cup finals in their history, winning the Champions League in 1996.

Ofori is well aware of the club’s pedigree on the continent and insists this will be a golden opportunity for the current team to ensure they are also remembered fondly in the future.

“We have come a long way and the journey wasn’t easy.

“We can’t be satisfied with just being in the final, that’s not enough for this club. We have to go out there and win the trophy.

“No one remembers the losing finalists so it’s not an achievement to just be in the final. We have to make it count by bringing the trophy home.

“The only people who are remembered are the ones who made history, the ones who went out there and got the job done. We all know this, and as players, we always talk about this.

“This club has been in many finals but people only talk about the teams that actually won. No one talks about the final under coach Eric Tinkler.

“So, that’s a clear message for us. If we want people to talk about us when they talk about the club’s history, then we need to win,” the Ghana international said at a press conference ahead of the final on Tuesday.