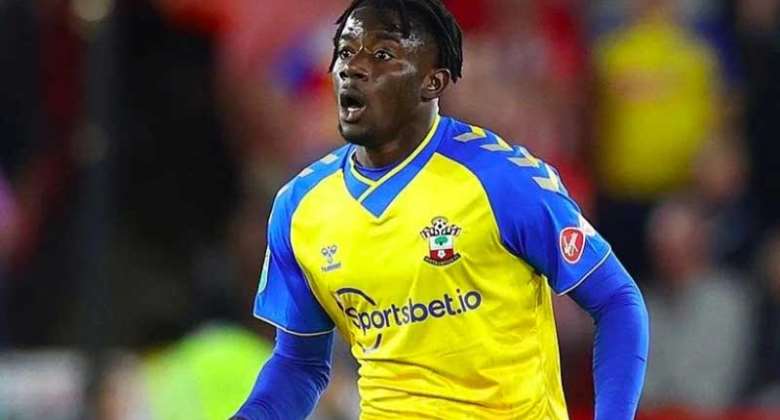 Southampton central defender, Mohammed Salisu is set to honour call-up to play for the senior national team, the Black Stars ahead of the 2023 Africa Cup of Nations [AFCON] qualifiers next month.

The promising defender over the years has turned down several call up to feature for the Black Stars.

Salisu ahead of the Nigeria playoff games was reported to have accepted a call-up for the World Cup playoffs but eventually turned down the invite, citing he needs time.

However, a report filed by GNA Sports indicates that Salisu would soon play for Ghana, but it is unlikely he would feature in the Ghana-Madagascar 2023 Africa Cup of Nations (AFCON) qualifier at the Cape Coast Sports Stadium on Wednesday, June 1 but he is likely to feature in the remaining games and the 2022 World Cup in Qatar.

President of the Ghana Football Association [GFA], Kurt E.S Okraku visited some players in London including Salisu and Thomas Partey.

In their conversation, Mr. Okraku urged Salisu to rescind his decision to not play for Ghana.

According to the source, talks are far advanced to get the former Real Valladolid defender to play for the senior national team, especially when Ghana wants to get its best arsenals for international competitions including the 2022 Qatar World Cup.