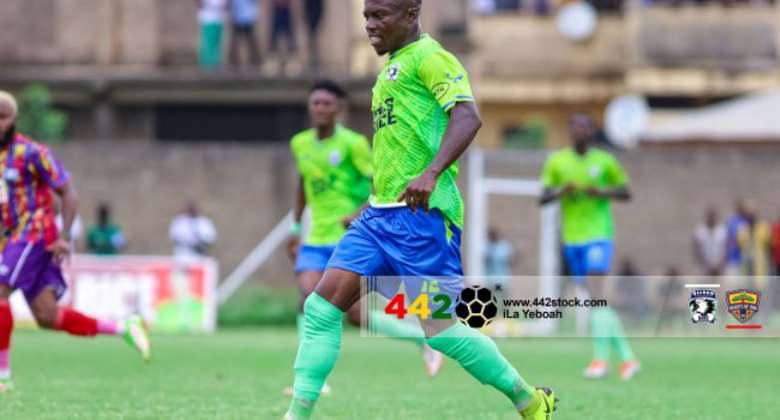 Bechem United winger, Augustine Okrah says he is hoping for a Black Stars call-up following his impressive season with the club in the ongoing season.

Okrah, who joined the Haunter from Asante Kotoko before the start of the 2021/22 Ghana Premier League has been a livewire for the club.

Speaking to Kumasi-based Akoma FM, Okrah has stated he will be ready for a Black Stars call up stating that is his ultimate dream.

"When given the opportunity to play for the Black Stars, I will be very excited. That's my ultimate dream.

"I always discuss that with my mum. I remember .. when I missed a penalty at the WAFU tournament, she received some calls and attacks.

"When I finally get the invitation, I have resolved not to disappoint and excel as I did during the WAFU and how I am performing here at Bechem. The desire to wear the Black Stars jersey motivates me a lot.

Okrah, 28, scored in their 2-0 win over Aduana Stars over the weekend to set up the FA Cup final with champions Hearts of Oak.

Also, in the league, Kaim Mingle's men are still sitting in the 2nd position with 47 points.

Okrah will be hoping to continue his form when Bechem United play as a guest to Real Tamale United [RTU] in the matchday 29 games.