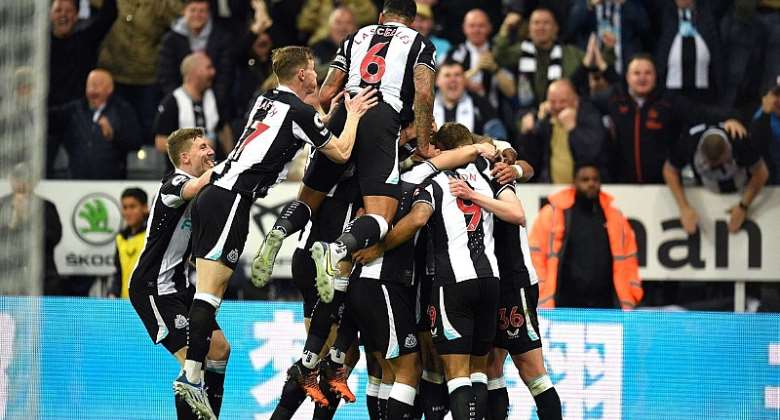 Arsenal slumped to a 2-0 defeat to Newcastle at St James’ Park, a result which could well prove decisive in the battle for top four.

Newcastle had lost 18 of their previous meetings with Arsenal in all competitions, which seemed to bode well for the north Londoners. Mikel Arteta’s side arrived at St James’ Park under huge pressure, however, having collapsed to a 3-0 defeat in the north London derby last week and ceded fourth spot to Tottenham following their 1-0 win against Burnley at the weekend.

Even so, Arsenal knew that two wins from their last two games would guarantee them a return to the Champions League next term. As it is, they will go into their final match against Everton two points behind Spurs and hoping that their rivals slip up against rock-bottom Norwich.

The visitors gave an introverted performance in the first half, struggling to rise to the occasion. Callum Wilson gave Gabriel Magalhaes and Ben White a hard time, drawing a caution for the latter early on, while Allan Saint-Maximin had Takehiro Tomiyasu well beaten, getting in behind or cutting inside unopposed time and again until his marker was forced off with a hamstring injury and replaced by Cedric Soares.

Arsenal struggled to play out from the back, a succession of sloppy passes ensuring that the game was largely contested in their final third. Nonetheless, other than a low drive from Saint-Maximin which forced Aaron Ramsdale into action, Newcastle failed to make many quality chances even as they prowled their opponents’ penalty area.

The half-time stats were ominous for the visitors. Newcastle went in at the break with 67 per cent possession and eight corners to their name, having spent much of the first 45 minutes bombarding the Arsenal box with set-piece deliveries.

When, 10 minutes after the restart, Joelinton got in behind on the left and whipped a cross to Callum Wilson which White could only turn into the back of his own net, the game felt like a foregone conclusion. Arsenal failed to muster up much of a response despite Arteta bringing on Gabriel Martinelli, Alexandre Lacazette and Nicolas Pepe in a frantic push for an equaliser, with Newcastle going close through Wilson soon afterwards.

As Arsenal became increasingly desperate, they started to make glaring errors. A misplaced pass from Pepe saw Newcastle substitutes Ryan Fraser and Jacob Murphy go two-on-one, but the latter failed to beat Ramsdale from the edge of the area.

Wilson almost scored a worldie when he spotted Ramsdale off his line but, in the end, it was Bruno Guimaraes who wrapped up the points. Wilson went through one-on-one, Ramsdale made the save, but Guimaraes was there to score on the follow-up, leaving Arsenal’s ambitions of a return to the Champions League fading like a mirage on the horizon.