Mbappé stays quiet over choice between PSG and Real Madrid 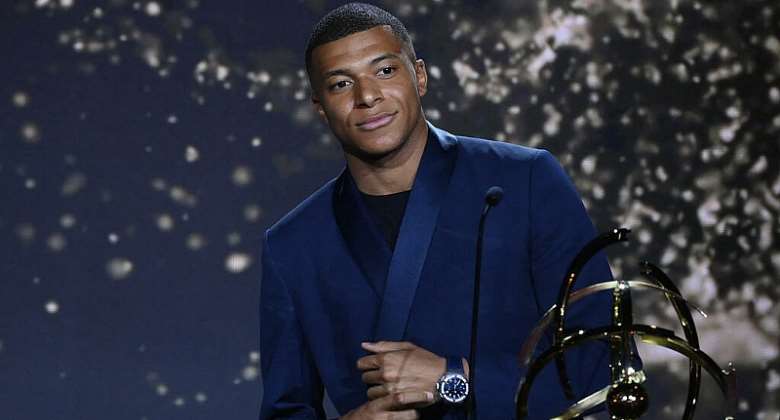 Bosses at French champions Paris Saint-Germain and Spanish counterparts Real Madrid were on Monday continuing their wait for Kylian Mbappé to decide whether he wants to stay in Paris or make a move to the Spanish capital.

Madrid have coveted the France international since before the start of the 2021/2022 season.

They bid 200 million euros for the then 22-year-old who had a year remaining on his contract with PSG.

But the offer was rebuffed by PSG's executives who wanted him to form a trident with Neymar and the newly acquired Lionel Messi to pursue Champions League glory.

That plan went down the tubes in February. Mbappé fulfilled his part of the wish with goals in the first and second leg against Real Madrid in the last-16 before the team imploded to lose 3-2 on aggregate.

Mbappé's contract at PSG expires next month. Madrid are understood to be confident he will turn down an extension to continue at PSG and move to the Bernabeu.

Mbappé failed to quell speculation over his future on Sunday night after the LFP awards ceremony where he won player of the year for the third consecutive season.

“I will give my decision very quickly," Mbappé told reporters. "It's almost over. My choice is almost made.”

It is believed he will make an announcement after PSG's final game of the season against Metz at the Parc des Princes on Saturday night.

Since his arrival he has won 10 trophies including four Ligue 1 crowns.

With one game remaining he is in line for an unprecedented double as the Ligue's top scorer and the player with the most assists – laying on the final pass that leads to a goal.

"I've completely rethought the way I see the game," he said after receiving his player of the year award from former France international Thierry Henry.

"I didn't think it was possible to be looking to lay on goals. I was perhaps a little too single minded to score."

Madrid have secured one notable free transfer. They will draft in the defender Antonio Rüdiger when his Chelsea contract ends.