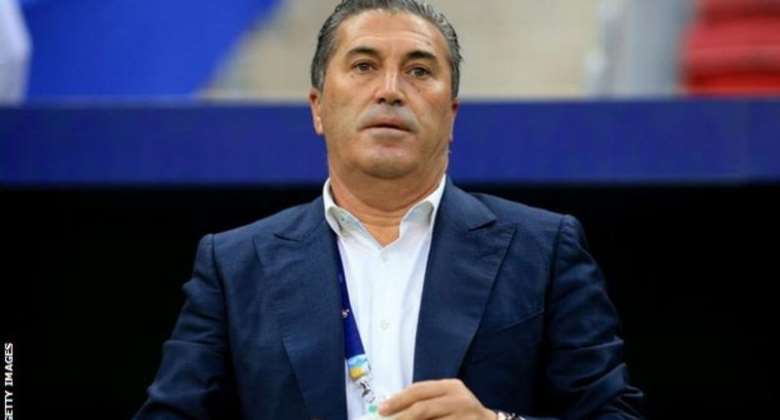 The Nigeria Football Federation has agreed terms with former Porto and Sporting Lisbon boss Jose Peseiro to take charge of the national team.

The 62-year-old, who resigned from the Venezuela job last August because of unpaid wages, was previously named as Nigeria coach in December and was set to take over the Super Eagles after the Africa Cup of Nations.

The Portuguese then rejected the West African nation in February after their exit from the tournament, citing disagreements over contractual clauses and financial matters.

But Peseiro, who has been headhunted by NFF president Amaju Pinnick, will now finalise a deal before Nigeria play two friendlies in the United States later this month.

"It's important to reiterate that a deal has been agreed with Mr Peseiro and he will sign his contract before our friendly against Mexico on 28 May," NFF's director of communications, Ademola Olajire, told BBC Sport Africa.

"The Super Eagles is heading into a new phase and the arrival of a new coach is very important for this process."

The NFF, which has not given details about Peseiro's contract, confirmed former Nigeria international Finidi George will be first assistant to Peseiro.

Salisu Yusuf will be second assistant, as well as head coach of Nigeria's Chan (for locally-based players) and under-23 teams.

Peseiro is expected to take charge against World Cup-bound Mexico on 28 May in Texas, with a match against Ecuador following on 2 June in New Jersey.

Nigeria will then play their first two qualifiers for the 2023 Africa Cup of Nations, hosting Sierra Leone behind closed doors in Abuja on 9 June in their opening group A game and then facing Mauritius four days later.

Peseiro takes over a team that struggled and came under intense criticism after being knocked out in the last 16 at the delayed 2021 Nations Cup, and subsequently failed to reach the 2022 World Cup under interim boss Augustine Eguavoen.

The new man's biggest success came in the 2004-05 season, during the first of two spells at Sporting Lisbon.

Peseiro led them to third place in the Portuguese league and to the Uefa Cup final, but resigned early the following season after some poor results.

He has also coached Porto, Vitoria Guimaraes and Braga in his native Portugal, as well as teams in Romania, Saudi Arabia, Greece and the United Arab Emirates.

A short stint with Egyptian giants Al Ahly between 2015 and 2016 counts as his sole experience in Africa.

Gernot Rohr, the country's last foreign boss, departed as Nigeria's longest-serving manager after taking charge in August 2016 before leading them to the 2018 World Cup and a third-place finish at the 2019 Nations Cup.

But his successor's announcement as manager has not been fully applauded by some supporters of the Super Eagles and highly critical local media.

Peseiro will need to surpass his predecessor's achievement to win over demanding fans in Nigeria.