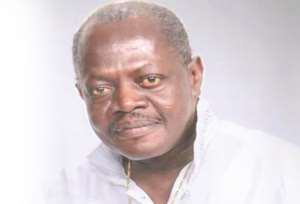 The President of Bechem United, Kingsley Owusu Achau has disclosed that the club has plans to go on tour in Europe at the end of the 2021/22 football season.

Speaking to Akoma FM in an interview, the veteran football administrator affectionately called Agama said the aim behind the tour is to find clubs for a few of the players.

According to him, the team will visit European countries such as Portugal and France.

“The plan is that, at the end of the season, we will go for a training tour in Europe, specifically Portugal and France.

“The idea is to give an opportunity to the current team and we believe 2 or 3 of them can get some clubs in Europe,” Kingsley Owusu Achau shared.

The Bechem United President added, “At least, that is the dream of every Ghanaian footballer and this is our commitment as well.”

This season, Bechem United have been one of the best clubs in the Ghanaian local league. The team could end the campaign with not only the Ghana Premier League title but the MTN FA Cup trophy as well.