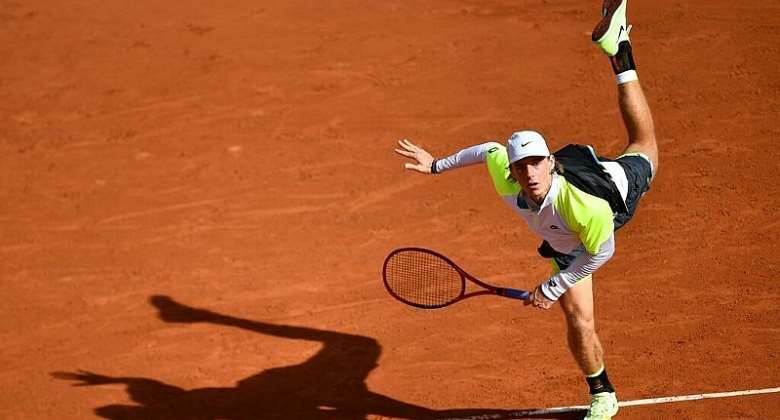 Denis Shapovalov will take on Casper Ruud on Friday in the last eight at the Rome Masters after a dramatic win over the 10-time champion Rafael Nadal.

The Spaniard swept through the first set 6-1 on Thursday night but was reined in as he started to struggle with a foot injury.

The 13th seed snatched the second set 7-5 and after going a break down in the decider he won the next five games to claim it 6-2 and register his second victory over Nadal in six meetings.

'I was just trying to change something," Shapovalov said. "He was completely outplaying me at the beginning of the match.

"Obviously the first set and the beginning of the second, I was just hanging in there so I am definitely really happy to turn it around."

Last year in the last 16, Shapovalov had a match point on two separate occasions before Nadal prevailed.

A year on, the foot injury that kept Nadal off the circuit for the latter part of 2021 flared up.

"I am a player living with an injury - it is nothing new," said the the 35-year-old. "It's something that is there.

"Unfortunately, my day-by-day is difficult, honestly. I am trying hard ... it can be frustrating that a lot of days I can't practice the proper way.

"It started halfway through the second set and it was unplayable for me. But I don't want to take away credit from Denis that he deserves. It was his day."

In 2020, Shapovalov reached the semis where he went down in three sets to the the Argentine Diego Schwartzman.

Should be beat Ruud, he could meat fellow Canadian Felix Auger-Aliassime or the top seed Novak Djokovic.

"Casper is extremely difficult," Shapovalov added. "I've only played him one time and he got the better of me.

"He's an opponent with almost no weaknesses so it's going to be another challenging match for me."

In the other last eight matches, fourth seed Stefanos Tsitsipas will take on the local hero Jannik Sinner and the second seed Alexander Zverev faces the unseeded Chilean Cristian Garin.