Who will make the TotalEnergies CAF Champions League final? 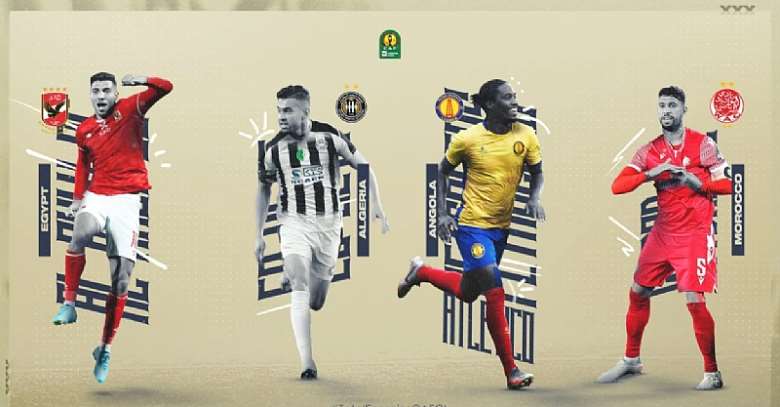 Wydad lead Petro 3-1 from the first leg played in Luanda last weekend while Ahly have a massive 4-0 advantage over Algeria’s ES Setif heading into the second leg in Algiers on Saturday.

Moroccans Wydad managed a massive result away from home with three away goals and that will be a massive boost for them as they prepare for the return tie at their noisy Mohamed V Stadium in Casablanca on Friday night.

An own goal from Tiago Azulao, and further strikes from Yahya Jabrane and Guy Mbenza handed Wydad the huge step in Luanda, making up for the 2-1 defeat they suffered in their last defeat in Southern Africa.

In Casablanca, Petro have bad memories of their last trip up north. The two sides met in their last match of the group stages with Wydad earning a massive 5-1 victory.

They will look to make the most of their home advantage, with a passionate home crowd behind them to make their first final since the 2018-19 season.

Petro meanwhile are looking to make their first ever Champions League final, and this will require a massive comeback in a hostile environment.

Defending champions Al Ahly have one foot in the final courtesy of their four-star performance, anchored by South African star Percy Tau. Tau put up a man of the match performance with two goals and two assists and will look for a similar show when the side plays in Algiers.

Legendary South African coach Pitso Mosimane is seeking his third consecutive Champions League trophy with Ahly and fourth as a coach and victory in Algeria will be another step in the right direction.

Setif, winners of the Champions League in 1988 and 2014 will need a massive performance at home to overturn a four-goal deficit and progress to the final. They will need to win the game by a margin of more than five goals to ensure a place in the finale.

In the Champions League at home, Setif have won three, drawn one and lost one of their last five matches.

The last meeting between these two sides in Algeria was in 2018 where Setif won 2-1. Ahead of Saturday’s duel, they will need to summon these spirits and more, to overturn the massive deficit against the Red Devils.

Ahly have a chequered away record in the Champions League, having won only one of their last four games on the road. But, with a four goal cushion, they are more than confident that they will punch a ticket to the final.