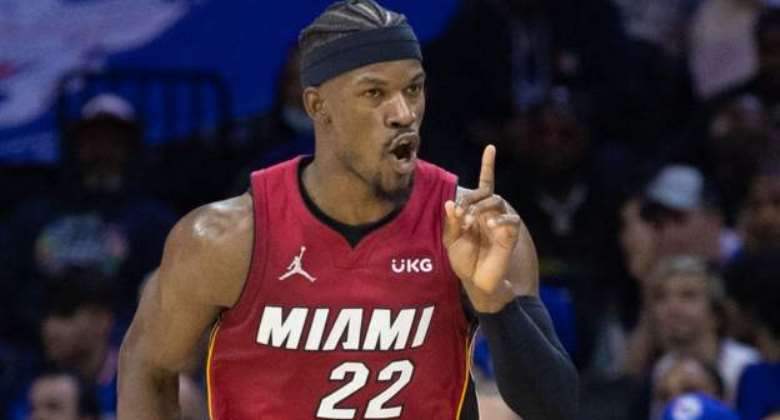 The Miami Heat secured their place in the Eastern Conference finals after a 99-90 win over the Philadelphia 76ers gave them a 4-2 play-off series win.

In the Western Conference, Luka Doncic scored 33 points to help the Dallas Mavericks beat the Phoenix Suns 113-86 and tie up their series at 3-3.

The decisive game seven will take place in Phoenix on Sunday.

All six games so far have been won by the team playing at home.

Slovenian star Doncic also recorded 11 rebounds, eight assists and four steals in a comfortable win for his side.

His tally meant he has scored more than 30 points for the third time in the series, while he has provided more than 25 points in all six games.

"For me, this team is special," said Doncic. "These are great guys and we play hard and we help each other so that's what gives me hope."

The winner of the Mavericks and the Suns will play either the Golden State Warriors or the Memphis Grizzlies in the Western Conference finals. The Warriors lead that series 3-2.

In the Eastern Conference finals, Miami will play either the Milwaukee Bucks or the Boston Celtics.

The Bucks, who won the NBA title last season, lead their play-off series 3-2.

"We're not scared of nobody," the Heat's Butler told ESPN. "Everybody has been prepared for this all year."

Too late to arrest leaders of Arise Ghana demo — Security An...
2 hours ago