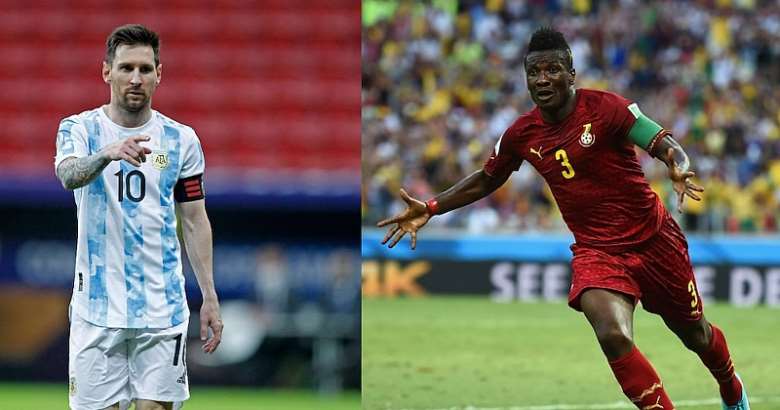 PSG forward, Lionel Messi has lauded former Ghana captain, Asamoah Gyan, describing him as one of the greatest goal scorers ever in the game of football.

Gyan remains the country's top goalscorer with 51 goals having played in 2006, 2010, and 2014 FIFA World Cup in Germany, South Africa, and Germany.

Speaking to 90MinutesExtra, the seven times Ballon d'Or winner took a look back on Gyan's dedication to both the national team and the clubs he has featured, where he noted that the 36-year-old is one the greatest goal scorers he's ever seen.

"I like his hard work and dedication to his national team and his clubs," the former Barcelona forward said.

"I’ve watched him play several times and I really like the goal he scored against Germany in the 2014 World Cup in Brazil.

"I might say that he is one of the greatest goal scorers I have ever seen," he added.

Gyan has also played in every Africa Cup of Nations [AFCON] tournament for the past decade. His last game for the country was against Tunisia in the 2019 AFCON in Egypt.