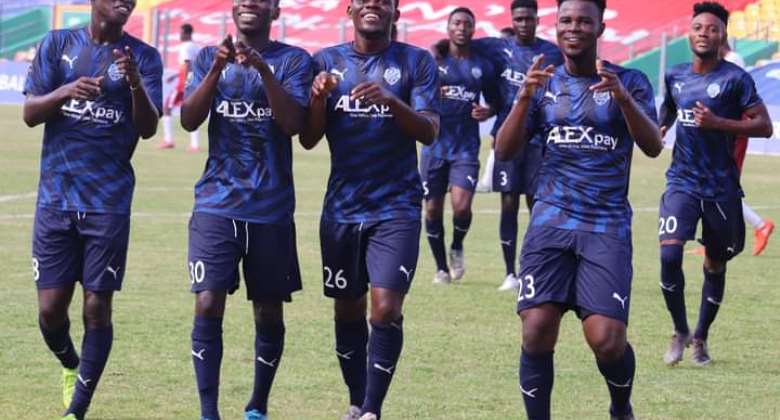 The close contest between Accra Lions and Legon Cities FC has ended with the hosts amassing all three points on the back of a narrow 1-0 win at the end of the 90 minutes.

The Ghana Premier League debutants today hosted the matchday 28 opponent of the league campaign at the Accra Sports Stadium.

Although Legon Cities FC was tagged as the favourites to win today’s game, Accra Lions FC upset the odds to steal a delightful win.

On the matchday, both teams had some fine goal-scoring opportunities in the first half but neither side could get on the scoresheet.

Just three minutes after recess, Accra Lions stunned the visitors when the team scored through a strike from Bassit Seidu.

While Legon Cities FC had a lot of time to respond, the team could not succeed with the hosts defending with every strength.

Thanks to today’s 1-0 win against Legon Cities FC, Accra Lions FC have moved to 12th on the Ghana Premier League table.

For Legon Cities FC, the team has dropped to 9th but still has a chance to finish in the top half of the Ghana Premier League standings at the end of the campaign.